Sexual violence: the major frontier in the war against women 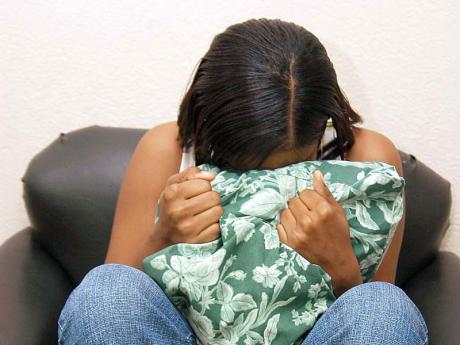 Some nation states have been fairly successful in promoting the major planks of women's sexual health and reproductive rights.

The indicators of success in this area of women's human rights are varied, but they all point to the need for governments to ensure that every woman or girl experiences her life in an atmosphere of decency and safety.

Rape is the most devastating of sexual crimes. It is one act that prevents women and girls from claiming their human rights to enjoy reproductive and sexual health wherever they live and have their existence in the global village.

Rebecca Cook of the University of Toronto and two of her academic colleagues, in their 2003 publication Reproductive Health and Human Rights, defined reproductive health as more than a major health issue. Indeed, it is both a developmental and a human rights issue.

When a woman or girl is raped, she is robbed of the opportunity to enjoy a mutually fulfilling sexual relationship. She is forced to realise that her life is not free from sexual abuse. She is also forced to grapple with the fact that she might have been exposed to sexually transmitted infections, including HIV.

She also runs the risk of finding herself pregnant, and in many societies, conservative and Bible-thumping zealots, combined with state laws, will insist that she has no right to terminate this unwanted and undesired pregnancy.

Four days after the observance of International Women's Day in Jamaica, The Gleaner's headline bleared, 'Rampaging rapists'. In the accompanying story, Livern Barrett, the reporter, informed the reading public that a 75-year-old grandmother and former teacher is among 18 women who have been sexually assaulted in Manchester since October 2011. Of course, we are all aware of the fact that every parish has recorded growing numbers of women and girls who are the victims of rapists.

In coming to grips with the rising incidence of rape in the Jamaican society, women must, of necessity, pull themselves out of their comfort zones and realise that sexual violence is the real face of the war that is being waged on women since the beginning of human societies.

Sometimes women are lulled into silence or seduced into the mindset that says that men who rape are merely sick or they are weirdos.

Perhaps we need to be reminded of the solid research that Susan Brownmiller used to discuss the historical tradition that rendered the penis a weapon of choice by men who have learnt to control every aspect of women's lives.

In her 1975 seminal work titled Against Our Will: Men, Women and Rape, Brownmiller argues that the rape of women and the enslavement of conquered men were the approaches used by marauding and colonising forces in all parts of the globe.

According to Brownmiller, one of the earliest forms of male bonding must have been the gang rape of one woman by a band of marauding men. This accomplished, rape became not only a male prerogative, but a man's basic weapon of force against women.

In other words, it is as if rape of women is part of the historic DNA of the male psyche. Of course, this does not mean that every man is a rapist; it means that every woman has to be on guard in both her private and public life.

The consideration of marital rape in the legal framework of many societies is a clear indication that more and more power structures and legal institutions have come to understand that the institution of marriage potentially provided men with the power to rape their wives and render them powerless in the privacy of their home.

Jaclyn Friedman and Jessica Valenti, in their 2008 book Yes Means Yes, made an excellent effort in helping us to visualise a world without rape. They reminded us that over the long struggle for women's human rights, the following signposts can be seen along the way.

In many societies, raping your wife is now a criminal offence.

A rape survivor's sexual history cannot be used to discredit her in court.

The 'stranger-in-the-bushes' model of sexual assault is no longer the only one we recognise.

Rape crisis centres are features of many societies.

All over the world there are examples of rape being used as a weapon in war zones. Bosnia, the Democratic Republic of the Congo, Vietnam, World Wars I and II, Libya and Syria are a few examples of war zones and arenas of conflict in which guns, machetes, swords, rockets and bombs accompanied the penis to ensure that the defined enemy understands the absolute power of the victor.

It is within a historical context in which women have been socialised over time to be passive and to understand that men, of necessity, must be sexually aggressive that the horrendous rape of the 75-year-old former teacher and grandmother must be analysed.

Women who fall within this category have given their lives to service, to country, and to the nurturing of families and communities.

When these women retire and create a pattern of existence in which they can take a morning stroll to enjoy the cool climes of Manchester and other beautiful surroundings of this island, they should have the freedom to walk, talk, dance, relax and gain inspiration from the possibilities of life as they move from plateau to plateau on their journey through their lifespan.

Such a woman should not have to be afraid or preoccupied with the possibility that some man or boy (known or unknown) might grab her and viciously rape her.

Our grandmothers, granddaughters, mothers, sisters and daughters need to be assured that they can grow up to enjoy societies in which men know that if a woman does not say yes, he has no right or authority to expect a sexual encounter with her.

The sexual war on women must be transformed in a war against all rapists and other perpetrators of sexual violence.

We must win this war. There can be no retreat and definitely no surrender.

Glenda P. Simms, PhD, is a gender expert and consultant. Email feedback to columns@gleanerjm.com and glendasimms@gmail.com.