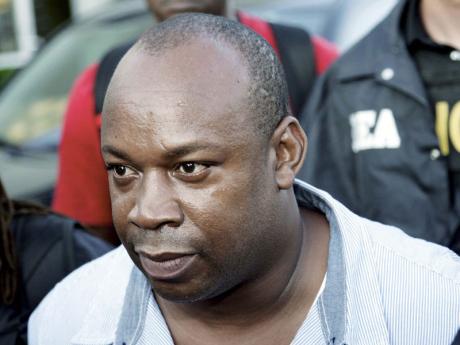 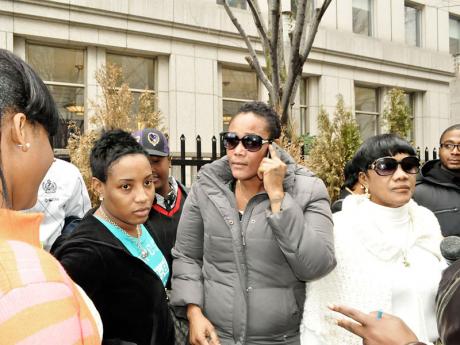 Family and friends of Christopher 'Dudus' Coke gather outside the court last Friday. 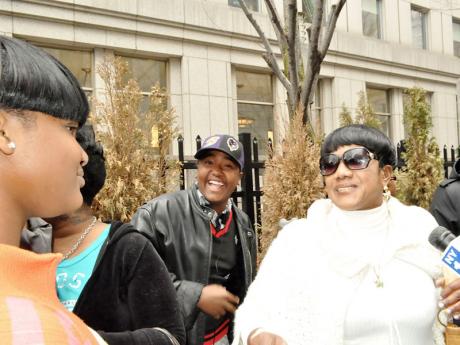 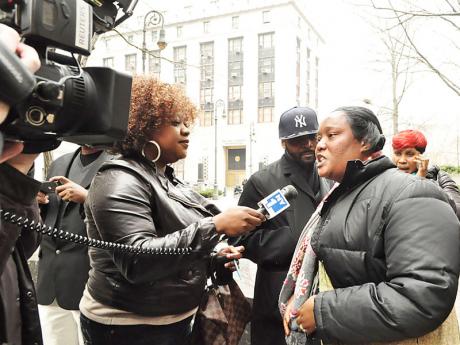 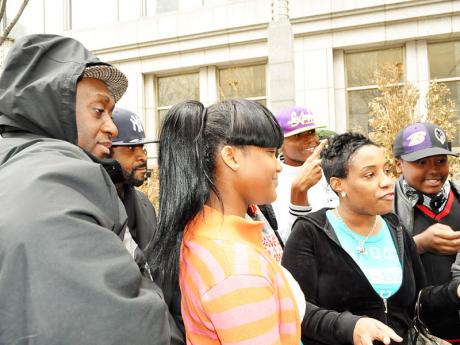 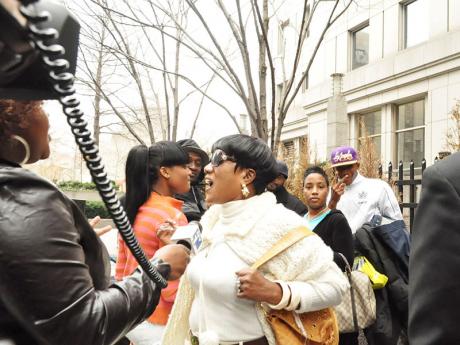 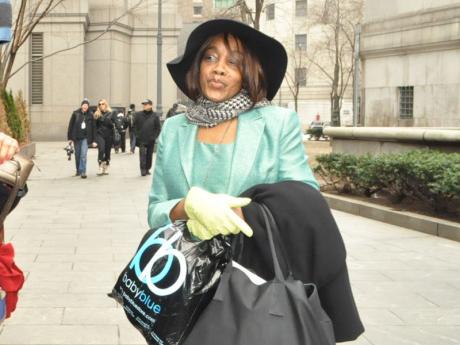 His almost 21 months in custody in the United States (US) has taken its toll on his physical appearance, with the weight loss plainly obvious. But that apart, Christopher 'Dudus'Coke appeared upbeat as he prepared to hear his fate.

Dressed in the navy blue prison garbs of pants and matching shirt, Coke responded with smiles to the shouts of "Mikey, we love you", "Happy Birthday Mikey", "Hi Mikey", which greeted him as he was taken into the courtroom.

Even as a law-enforcement officer was removing the handcuffs, Coke returned the smiles, waves and threw kisses at his supporters.

After being extradited to the US to face gun and drugs charges that would have seen him sent to prison for life if he was found guilty, Coke copped a plea deal and admitted his guilt to the lesser charges of racketeering and conspiracy.

This was expected to result in the former west Kingston strongman being sentenced to a short term in prison, but hawkish prosecutors urged the judge to give him the maximum sentence of 23 years. With the sentencing delayed on Friday, prosecutors were told to provide the court with evidence to substantiate their calls for the maximum sentence.

Scores of friends and family members outside the courthouse were bursting with renewed hope. They claimed that 'divine intervention' was protecting the man they affectionately call Mikey.

Just outside the Manhattan-based court, Angela Jackson, who described herself as Coke's aunt, could not hide her euphoria and profiled for the cameras as news spread that the judge had ruled that the state should prove its claim that the alleged drug lord was "evil personified".

Jackson is convinced that prayer and fasting have so far protected Coke.

"Mikey a 'bible-man'; he nuh stop pray and read him Bible," Jackson said as she took a small New Testament Bible from her pocket.

dis; with God on his side he will be free. Free Mikey mi seh - yeah."

Other family members echoed her sentiments as they joined the "free Mikey" chorus.

"Nothing beats prayer, and that's all we're gonna do now - pray. He's gonna come home to Jamaica, and I will be the one who will pick him up at the airport; yeah. Watch and see," declared Taneisha Jackson, who identified herself as Coke's cousin.

Another family member, Shawn Jackson, told The Sunday Gleaner that he felt good about the judge's ruling, but admitted the reality of the situation hit him hard when he saw Coke.

"I really felt touched when I saw him today. He's a really, really good person and does not deserve to be going through something like this. It is really hard for the family and I just want it to be over with, but I'm aware that it takes a while for justice to be served, so I guess we just have to be patient."

For his part, Coke did not look like someone facing the prospect of 23 years in a US prison.

"A feel very good, cause dem don't have any case. No evidence, no case." said one woman who identified herself as his cousin.

"He looks happy, we ain't gotta worry about nothing," quipped another woman.

For her part, Angela Jackson was adamant that the allegation against her nephew were pure fabrication.

"Nutt'n nuh guh suh," Jackson said as the Coke supporters left the courtroom with the hope that 'Mikey' would be back in Tivoli Gardens sooner rather than later.