The secret of Marley Spring ... It's in the water! 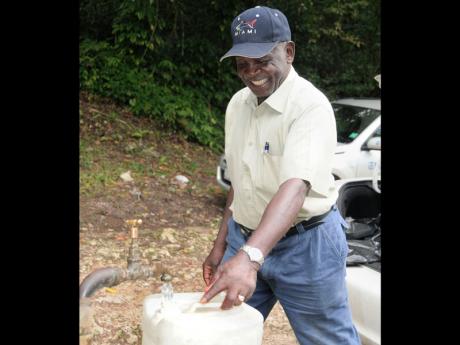 Claudius Henry travels from Kingston every six weeks to bottle his drinking water from Marley Spring.- photos by Gladstone Taylor/Photographer 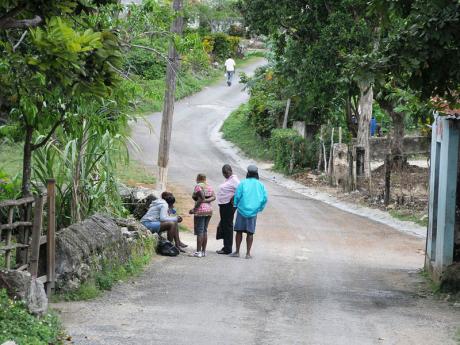 Sturge Town, Jamaica's second free village established in 1840 in St Ann, is home to some of the island's oldest residents. The secret to the longevity of life of the people in Sturge Town is credited to the drinking water obtained from the Marley Spring.
1
2

To what length would you go for natural, mystical water that is believed to hold the secret to long life?

Ask the robust and healthy Claudius Henry, who doesn't look a day close to his 83 years.

Every six weeks, he packs his car trunk full of containers and drives more than 50 miles from his home in Vineyard Town, St Andrew, up to the remote Sturge Town Village in the mountains of St Ann to get his regular supply of drinking water from the famous Marley Spring.

Swearing by its magical properties, to him the treacherous journey up the single-lane rocky pathway is definitely worth it.

Born and raised in Jamaica's second free village, Henry may have moved out some 60 years ago, but nothing will stop him from getting his consistent stream of the mysterious water that springs from its mountains. He is confident it is the main reason the majority of the residents in the 172-year-old Sturge Town Village live to be over 100 years old.

"Most people here live to over 100. The oldest person, who died a few years ago, lived to be 113. I don't know anywhere else in Jamaica where people live this long. There must be something that so many people out of this district live so long, and I know it's the water."

Curious about this 'supernatural' spring, The Sunday Gleaner team travelled up into the heavily vegetated hills to locate the 'secret to long life' that was said to have been discovered by a runaway slave named Marley.

From underneath the hollow of an enormous fig tree, which must be hundreds of years old, surrounded by giant roots, springs forth this endless supply of natural water.

So precious is its nurturing flow, a metal enshrinement was built to protect its purity. The valuable commodity is now piped by the National Water Commission to a tap a few feet away, as well as to outlets further down in the village and other neighbouring communities, allowing others to benefit from its 'secret' properties.

The area surrounding the spring is also protected, with no one allowed access or to even cut a branch from any of the trees.

"From I born it never run dry," noted the retiree, with two five-gallon containers left to be filled at the tap.

A descendant of the original 100 families of ex-slaves who were given the village in 1840, she said the residents there do everything with the water from Marley Spring - drink, cook, clean, wash, bathe - as it is their lifeline and what they believe allows them to live this long.

"People have travelled from all over to come for this water," said the strong, sound, vibrant 'young woman', who will celebrate her 100th birthday on June 22.