Growing up in Sturge Town - The more things change ... 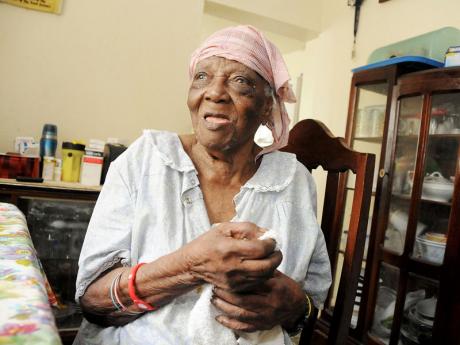 Urseline Tracey James is currently the oldest resident in Sturge Town. She is 100 years old. 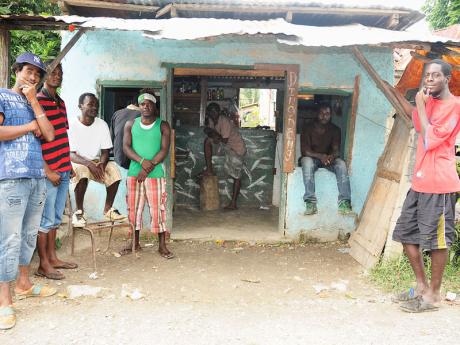 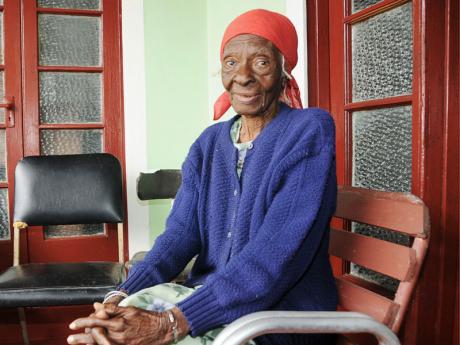 Cathleen Maude Tracey is currently the second oldest resident in Sturge Town at 99 years of age, second to Urseline Tracey James who is 100 years old.
1
2
3

The 172-year-old Sturge Town Village, located in the mountains of St Ann, has now moved into its fourth generation. Only a few second generation descendants of the original families are still alive today.

Established in 1840 by Joseph Sturge, a Quaker philanthropist and leader of the anti-slavery movement, and the Reverend John Clarke, a Baptist minister of religion, it became Jamaica's second free village.

Formerly known as Mount Abylah, the village was divided into lots for approximately 100 ex- slaves who delved mainly into farming as their main source of survival.

Today, however, farming is no longer vibrant. In fact, most of its residents now farm mainly for personal use.

One thing that still remains unique to the village is the fact that most of its residents live long, healthy lives, many to over 100 years. They attribute this to the mystical Marley Spring, which attracts visitors from far and wide for its supposed 'long-life' properties.

A descendant of the original 100 families, Urseline Tracey James, who everyone calls Sala, is Sturge Town's oldest living resident, at 100 years old.

Born on October 9, 1911, she has spent all her life there as an active citizen, who has worked tirelessly to build the village. But time and age are catching up with the mother of 11 who has been widowed from 1964. She now sits at home living off her memories, barely audible and not able to move around much.

It's a different story for Cathleen Maud Tracey, the district's second oldest living resident. Quite strong and healthy with a sharp memory and extreme clarity, Cathleen doesn't appear anywhere close to her 99 years.

"Doctor say don't tell anyone my age," she whispered in laughter to The Sunday Gleaner.

Also a descendant of the original families, she is not pleased with the lack of development in the district where she has spent all her life.

"Sturge Town is not what it used to be, but it is a God blessed place. It is a gifted place. Every profession that you can think of come out of Sturge Town. The children of Sturge Town like their book and everyone can help themselves - we have teachers, nurses, all types. I don't know who don't come out here," shared the mother of six who has been a widow since 1974.

Still toiling at her trade as a seamstress, Cathleen is content to relax and live out her days in peace, while looking forward to celebrating her 100th birthday on June 22.

What keeps her so full of life and vigour?

"And the water from Marley Spring. It is a gifted water. It just keep springing up and it never dry."

Further up the single lane dirt road, as a light drizzle sprinkled the cool afternoon air, a group of young men gathered by a shop, playing a game of dominoes and a video game, while some were just chilling out.

An inquiry as to what the famous village represented for the youth sparked a lively discussion among 19-year-old Lenardo Waugh; 28-year-old Renardo Lawrence; Odean Dormer, 23; Sherman McKenzie, 25; Odain Smith, 23; and 22-year-old Gavin McKenzie.

No one was happy with the lack of interest or development in Jamaica's second free village that is so rich in heritage.

"Sturge Town a di first town yuh nuh, but me nuh see where government have no strong point to say a dem do that," noted McKenzie.

"Nuf people don't even know we have a cave in Sturge Town, topside the spring. That cave a think is one of the second largest cave in Jamaica, but it don't have no development. We even want the Heritage Trust to do something with it," Lawrence said.

"People a come from foreign all 'bout, but the bigger heads them down here nah do nothing," said Waugh.

Unemployment is also a major factor for them. With no factories or business places, most have to venture out to make a living.

Evidence of some level of self- sufficiency in the village comes in the form of the Sturge Town Primary School, a multi-purpose centre and a few shops and churches.

One thing everyone is quite happy with is the fact that the district remains crime free, as they all live as one big family.