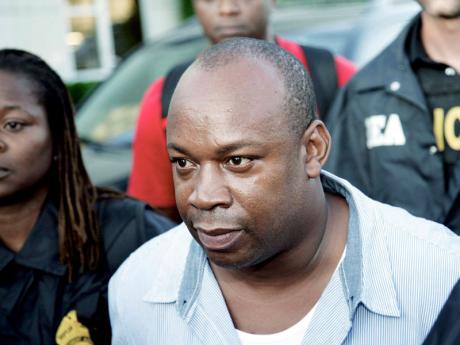 Faced with the daunting prospect of being sentenced to 23 years in an American prison, former west Kingston strongman Christopher 'Dudus' Coke can start today with a ray of hope.

Having pleaded guilty to conspiracy and racketeering charges, Coke will spend some time in prison, but US district judge Robert P. Patterson has thrown him a lifeline in the face of demands from prosecutors that he be given the maximum sentence of 276 months (23 years).

"The Government respectfully submits that a sentence of 276 months' imprisonment - the statutory maximum sentence and only 14 months above the bottom of the applicable guidelines range - is the appropriate sentence," the prosecutors argued in a memorandum filed in court last month.

To justify this demand the prosecutors pointed to several alleged atrocities carried out by Coke while he headed what they described as one of the most violent drugs and gun organisations which operated in Jamaica and the United States.

"Coke murdered three individuals for violations of the organisation's rules - including rules relating to cocaine trafficking. The penalties for theft of drug proceeds were especially serious.

"For example, on one occasion, a trafficker who allegedly stole drug proceeds from Coke was brought to the 'jail,' tied down, and killed, by Coke, with a chain saw," claimed the prosecutors.

Last Monday, Coke's defence team responded and argued that it would be unfair to base the sentencing on these unsubstantiated allegations.

The defence team asked Patterson to give the alleged drug kingpin an opportunity to face his accusers.

According to the defence, prosecutors should bring evidence of Coke's wrongdoing to court.

On Friday when Coke appeared in the Southern District Court of New York for sentencing, Patterson agreed, handing the man also called 'Mikey' or 'Prezi' a possible get out of jail in quick time card.

Following Patterson's decision, lead attorney for Coke, Stephen Rosen told The Sunday Gleaner: "The government has accused Coke of these atrocities, if they are true, prove it ... the judge agreed with us, that if you're gonna charge somebody and that if you're gonna ask for more time, because of those allegations, then we are entitled to the constitutional protections of due process and that's what we've asked for all along.

According to Rosen: "The prosecutors say they have an informant and an alleged eyewitness who saw Coke cut off the limbs of a man and let him die on the streets of Tivoli; if these allegations are true, then (fellow defence attorney) Mr (Frank) Daddato and myself will be happy to confront him and protect the due process rights of Mr Coke."

Rosen has repeatedly argued that the prosecution is being unfair in its push to have Coke sentenced to the maximum of 23 years and Friday's ruling by Patterson has given him a fillip.

"All we want is an opportunity to be heard, to confront the witnesses that have accused him of these atrocities," said Rosen as he noted that despite the allegations Coke has never been charged with a serious crime in Jamaica.

Coke returns to court on May 22 but before that, the prosecutors will have to provide the defence with a list of persons they intend to call to prove the allegations that Coke was a "murderous scoundrel" or watch their push for the maximum sentence vanish into thin air.