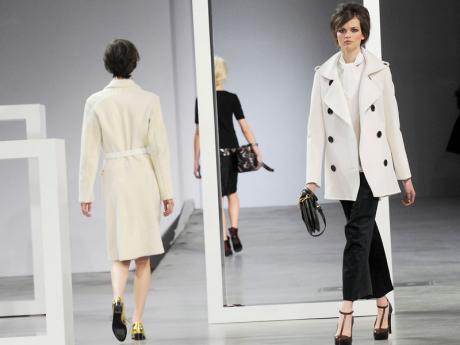 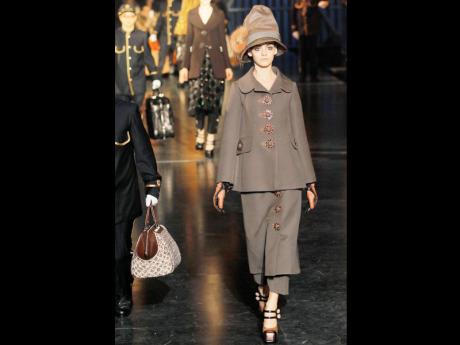 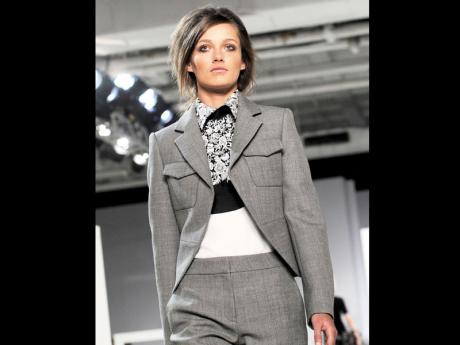 NEW YORK (AP):Thousands of outfits later, with probably every hemline, colour and silhouette turning up somewhere on the runways of New York, London, Milan and Paris, fashion insiders have started to focus on trends they think will have the most influence on style in the second half of the year.

There was a wearability to many of the clothes paraded in front of retailers, editors and stylists, which might not have made the most exciting show seasons, but could translate into solid sales.

Forget the simple dress and be ready to add a few extra minutes to your morning routine to put together your outfit, says Linda Wells, Allure magazine editor-in-chief.

If you like the long-sleeve sheath dress, then think about how it will look with a vest or jacket on top. If you like more of the A-line dress shape, start gathering chunky knit cardigans and blanket coats.

"This is going to be a complicated way to dress," Wells says. "It's very interesting, but it's not about running out the door in one great dress, and your coat is not just a coat, but it's a coat with a cape over it, maybe a coat with a vest, a coat with a detachable fur - and a turtleneck."

Underneath all the layers were some wearable pants and trousers that, Lucky's Holley predicts, will be popular. Shoppers have already shown interest in all the coloured pants that have emerged as an early trend for spring.

"A lot of the pants are menswear-inspired. It's not 'menswear' but it has the feeling of being separate pieces with a businesslike vibe," Holley said.

"The gorgeous colours are flattering for so many women, and they look great in the decorative fabrications and translate into outerwear, another important trend," says Saks' Sherin.

And, she says, get some leather, especially if it's a mixed-media coat, perhaps leather sleeves on a cashmere coat, or panels of leather on a shearling.

Allure's Wells noted leather T-shirts, pants and dresses, too. Leather used like lace in the Alexander McQueen collection was pure art, she says.

The leather goes with the rough edge that seemed to guide many designers this season, she says. "There's definitely a bit of a tough look."

Coats are a good investment piece because you get so much use out of them, Holley says. A coat is a workhorse in a way that a great dress or even great black pants cannot be, she explains. "You can wear your new coat many times and (for) many seasons."

As a look, she favoured the trench coat silhouette with a pair of slim-fit pants and a beautiful flat shoe.

Sherin says shoppers will have other options, ranging from peacoats and duffels to sporty, puffy jackets. There were fancy embellished coats and even those with gilded embroidery at Dolce & Gabbana.

"Statement coats is something we'll be buying into," she says.

Military touches, including epaulettes, patch pockets and metallic hardware, were consistent, although there was not a literal translation of camo and khaki, says Amanda Brooks, who attended shows as fashion director for Barneys New York. (She announced her resignation from the post this week.)

There was a sort of yin and yang with the strength that comes from straightforward military styles that was balanced by those elegant - and expensive - fabrics. "A simple item with a high price will be harder to sell than a simple item in high fabrics that look expensive," Brooks says, noting specifically Marni's military pockets on fur shrugs.

There was an overall darkness to the collections, from the palette to the mood, says Wells. There were important flashes of embellishment that added some levity and whimsy, but Wells pictured a muse in the spirit of Leo Tolstoy's Anna Karenina. "It was all about the romance of the ill-fated lover. ... It was not a sad statement, but a poetic, romantic sad with indulgence."

Cuts of clothes were sometimes severe and had a seriousness in the details. It was not quite Goth, Wells says, but almost.

That vibe played into the covered-up sensuality that also cast its spell over the catwalks, Sherin adds. Instead of plunging Vs, there were high necklines, for example, but strategic use of sheer fabrics kept it all very modern, she explains. "It was revealing and concealing at the same time."

The beauty is in the choices, Holley says. "There wasn't a single breakout look that changed everything, but what the season did better than I've ever seen before is show wearable pieces. We don't need theatre, we need clothes we can wear."