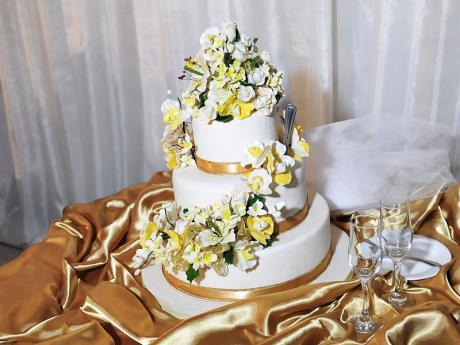 Selena Wong's mastery is evident in the wedding cake. 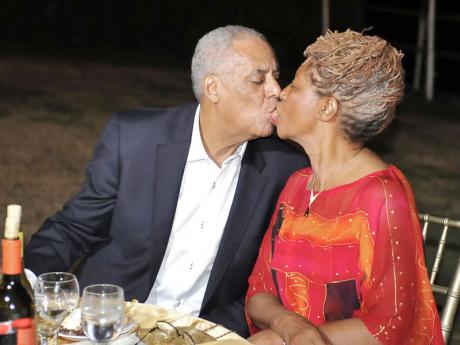 Stepfather of the groom Dr D.K. Duncan and his wife, Beverley Anderson-Duncan, feed each other wedding cake. 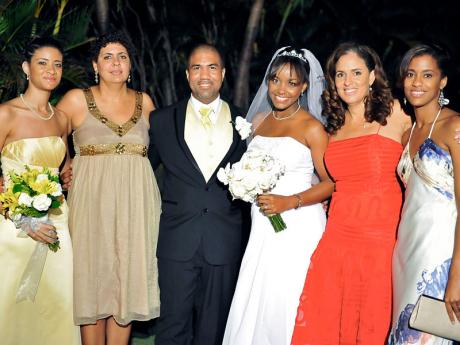 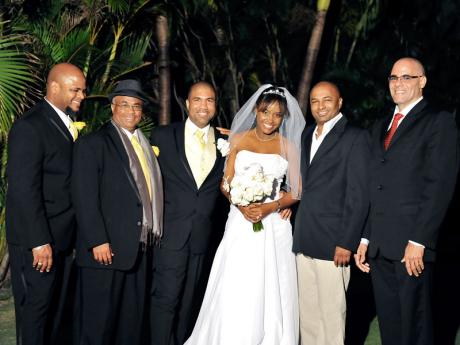 The bride and groom (third and fourth right) with members of the groom's family (from left): brothers David Duncan and Nevada Powe, Dylan Powe and Keith Duncan. 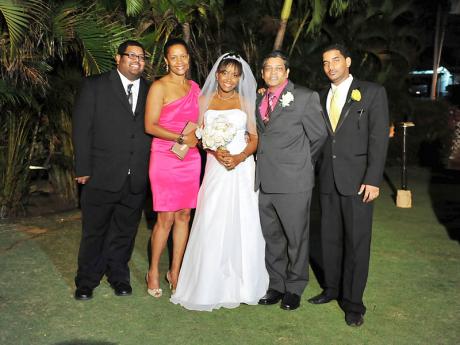 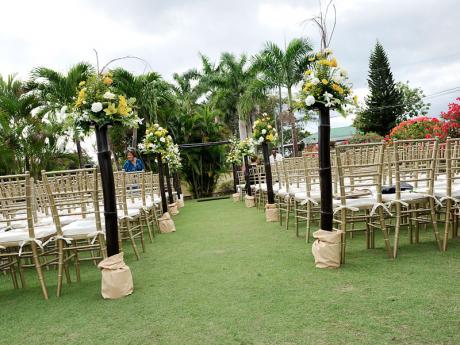 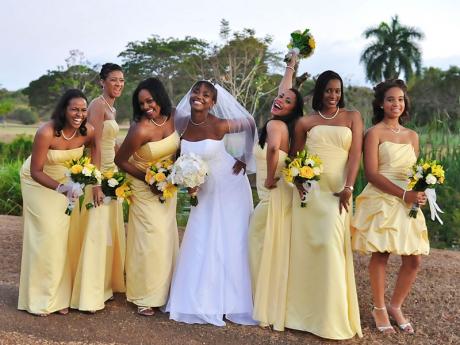 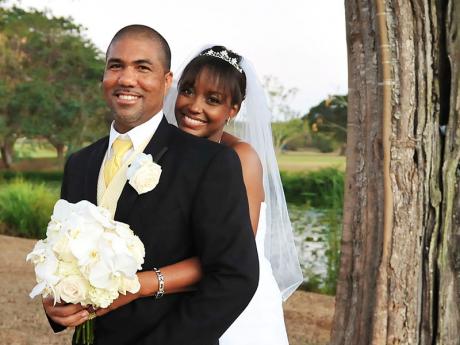 The ardent groom Sheldon Powe gets a hug from his bride, Dr Mellissa Green-Powe. 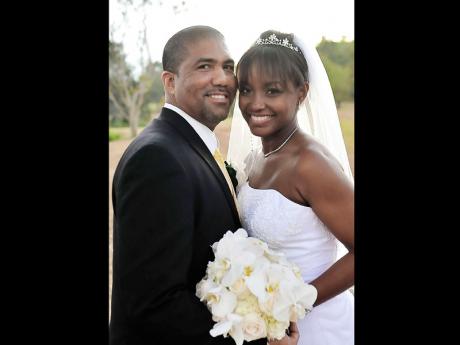 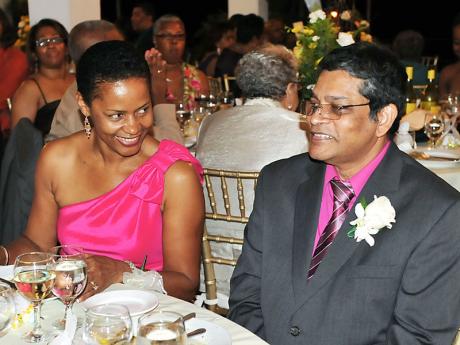 Parents of the bride, Marilyn and Dr Kipling Guy, are enjoying the moment. 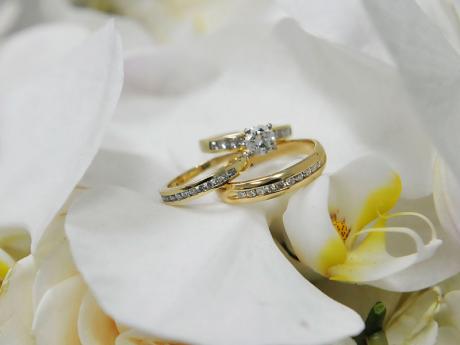 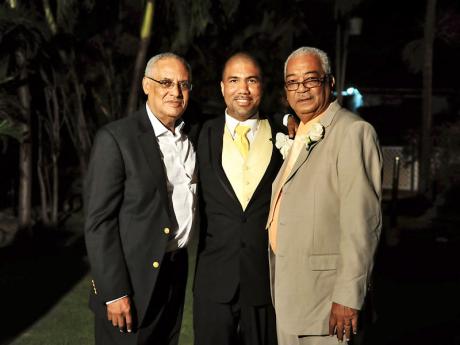 It was a joyous occasion when Sheldon Marc Powe and Dr Mellissa Nicole Green were united in holy matrimony at the picturesque Caymanas Golf and Country Club on January 28. The bride is the daughter of Marilyn and Dr Kipling Guy and the groom is the son of Rupert Powe and the late Grace Duncan. The Reverend Dr Sam Green officiated and the joyous music for the occasion was provided by Yanique Leiba-Ebanks, Dimario Mc Dowell and DJ Audley.

Sheldon and Mellissa were introduced to each other by a mutual friend at the all-inclusive party, Day Dreams, during the 2007 Christmas season. "Mellissa's friend and maid of honour Dr Jody-Ann Jarrett took a picture of us together within 15 minutes of us meeting as she immediately saw the chemistry between us," Sheldon told Outlook.

The happy groom further said said, "I knew Mellissa was the one when we first met; there was just something about her that was different and refreshing. Besides that Mellissa is strikingly beautiful, intelligent, and adventurous and lots of fun."

After that initial exchange of numbers at the party, there were many failed attempts to date but she finally gave him a chance to
cook dinner for her. Subsequently, they went to movies, plays, dinner
and parties and travelled extensively to places such as Orlando, Cancun,
New York, Hong Kong and China. The courtship lasted for four years
before they decided to tie the knot.

Mellissa revealed that initially, it was not love at first sight that
drew her to her new hubby. It took a couple of months to make up her
mind but the process became easy as he easy-going, fun and very
romantic! The Powes honeymooned at Iberostar Grand.