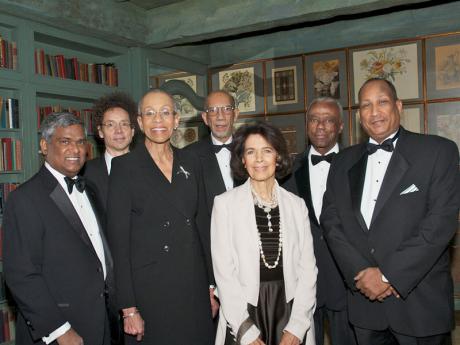 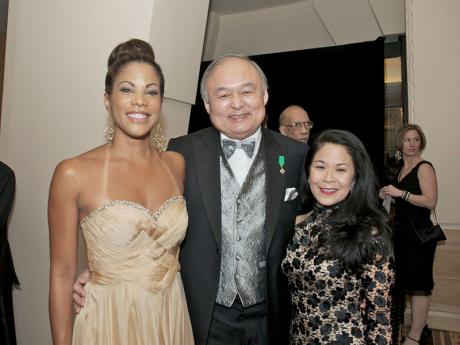 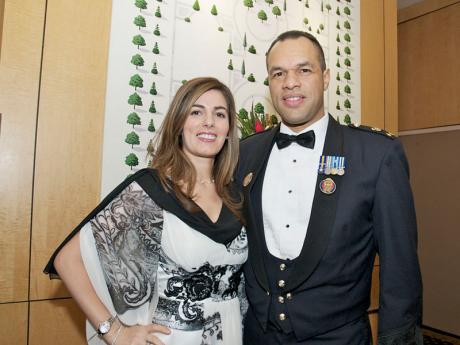 For the third consecutive year, the University of the West Indies (UWI) WI Benefit Gala in Toronto, Canada, was sold out as 500 community and industry leaders gathered at the Four Seasons Hotel on March 10 to help raise funds for Caribbean and Haitian students who cannot afford their education.

Proceeds from the gala which was under the theme 'Light, Learning and Liberty' will go to the UWI Scholarship Fund and the UWI Haitian Initiative that lends support to rebuild the tertiary-education sector in Haiti and to assist university students who need to complete their degree programmes.

Nine people and one organisation were recipients of awards at the event which celebrates the achievements of Caribbean and UWI alumni in Canada and world-wide. The Luminary Awards were presented to award-winning author Malcolm Gladwell, internationally renowned artist Artis Lane and Canada's first female black Cabinet minister Zanana Akande for being outstanding achievers and for shedding light on issues which affect the Caribbean.

Gladwell, whose mother is Jamaican and father, British-born, told the story of his father being a professor of mathematics at UWI in 1961 and needing certain texts and journals for research in a particular area of the subject which were not available at the university. His father wrote to several universities and finally found what he wanted at Georgia Tech in Atlanta. However, his request had set off a panic because Georgia Tech, like other universities in the south, was segregated and black people were not allowed to set foot on the campus. The university authorities did not know that Graham Gladwell was white and so they tried many ways to find out about him but eventually asked him directly if he was white. They were relieved that he was.

"The University of the West Indies has come a long way and we have all come a long way," said the writer who dedicated his award to all "those people who fought so long and so hard against that".

"This is an exciting and vibrant evening, during which we gather as a community to recognise our honourees' extraordinary accomplishments as they lead the way for future generations. We are grateful to our event supporters, in particular, our sponsors, who are helping to make our fund-raising efforts a success," said G. Raymond Chang, chancellor of Ryerson University and honorary UWI graduate and patron of the gala. "It is humbling and joyful to know that just lighting a spark a few years ago has added so much to the lives of these students," said Dr Chang about the over 40 students who have benefited from the gala's proceeds for the past two years.

Elizabeth Buchanan-Hind, executive director, Institutional Advancement Division and chairperson of the UWI Toronto Gala 2012, said the benefit gala in Toronto has been an amazing success and is strongly supported by the Canadian public and private sector. "We are humbled by the success and by the support that we've seen," she said. The UWI Benefit Gala has been happening in New York for the past 15 years and in looking to expand in cities with large Caribbean populations like Toronto and London, a decision was made to bring the event to Toronto in 2009.