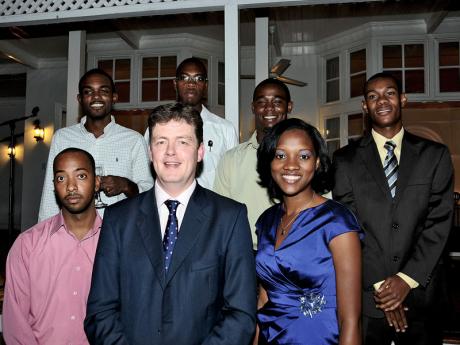 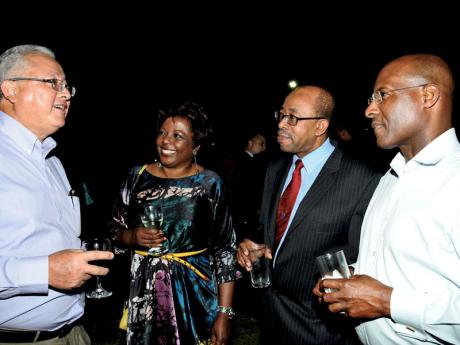 All eyes are on the speaker of the moment, Delroy Chuck, opposition spokesman on justice, national security and electoral matters. And seemingly captivated by what he shares are (from second left) Cecile Watson, Wesley Hughes and Aubyn Hill. 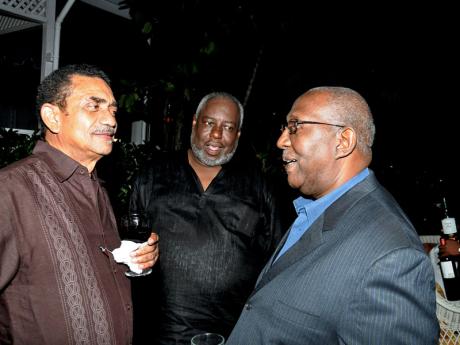 Clive Tapper (left), Curtis Myrie (centre) and Walter Campbell were also out for the reception. 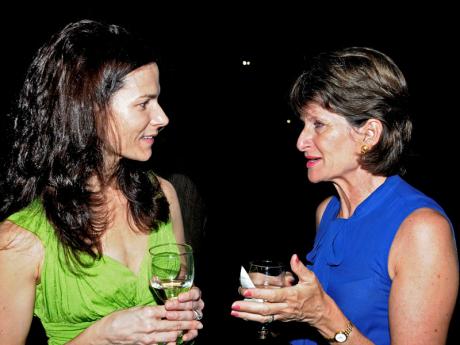 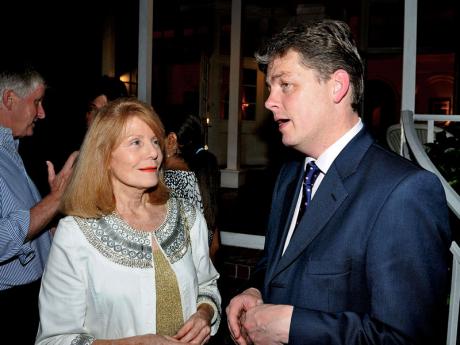 CEO of De La Rue Tim Cobbold catches up with Dr Laura Tanna at the reception hosted in his honour by British Commissioner Howard Drake. 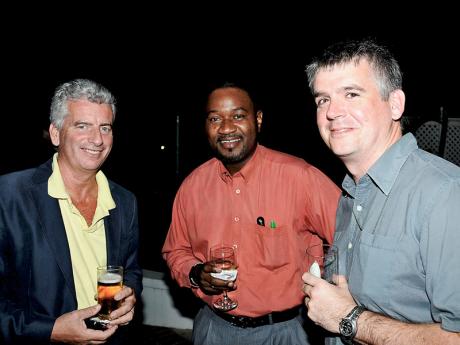 In-between sips, the trio (from left) Steve Burns, Orane Bailey and Mark Casali pause for the lens while they hang out. 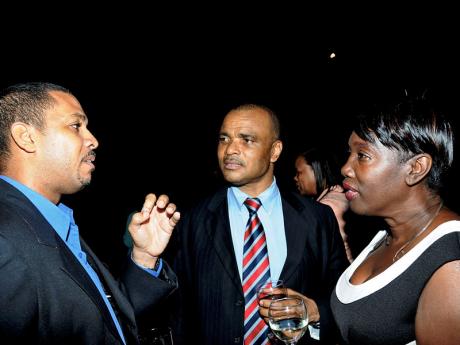 Robin Levy (left) seems to be making a valid point to Dennis Hickey and Pamela McLare. The three were at the reception hosted by British Commissioner Howard Drake for the CEO of De La Rue and his team who visited the island recently. - photos by Winston Sill/Freelance Photographer 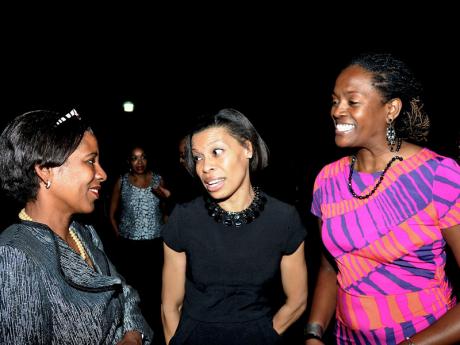 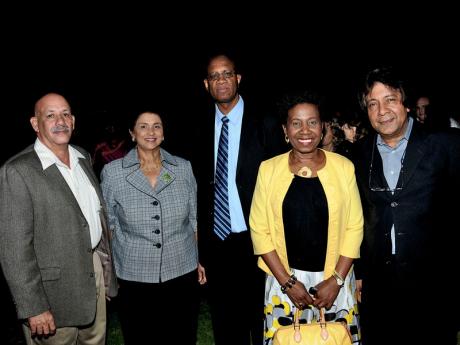 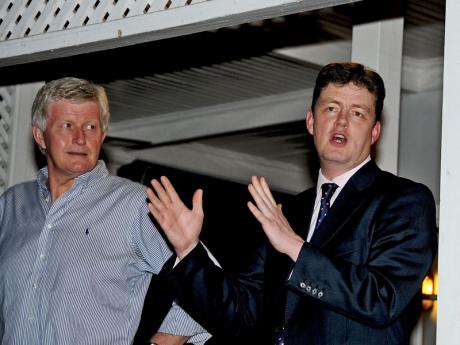 British High Commissioner Howard Drake (left) looks on at CEO of De La Rue, Tim Cobbold, as he addresses guests who turned out for the reception hosted for him recently.
1
2
3
4
5
6
7
8
9
10

It has been 151 years since De La Rue first formed a business relationship with Jamaica, and those ties seem to have strengthened over the years.

Based in England, De La Rue has been Jamaica's continued supplier of high security documents which includes passports, stamps and driving licences.

And to celebrate and recognise the alliance between the island and the international company, on Friday, March 9, British High Commissioner Howard Drake played host to De La Rue's CEO, Tim Cobbold, at his residence.

On the lawns of Trafalgar House, guests were entertained by the musical sounds of the Jamaica Combined Cadet Force.

Overjoyed by the turnout, the guest of honour, Tim Cobbold expressed his pleasure to be visiting the island in its 50th year of Independence. A first-timer to the country, he spoke of the business relations and long tradition his company has had with Jamaica.

Appointed as CEO in January of this year, Cobbold used the occasion to also highlight social responsibilities that his company has fulfilled over the years through scholarships offered to Jamaican students. These scholarships are offered to students with a background in the field of economics.

Not an evening of formalities, guests for the most part engaged in meeting, greeting and enjoying small talk and laughter. Here are some snapshots of the attendees.