Ron McKay and his 'breddas' 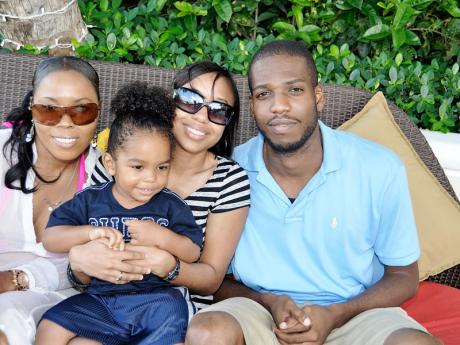 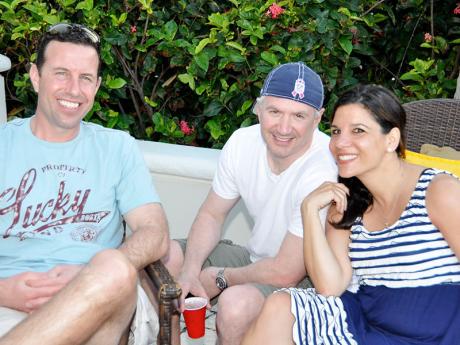 From left: John Nigrelli, Andy Hennig and Mia Nigrelli are having a grand time 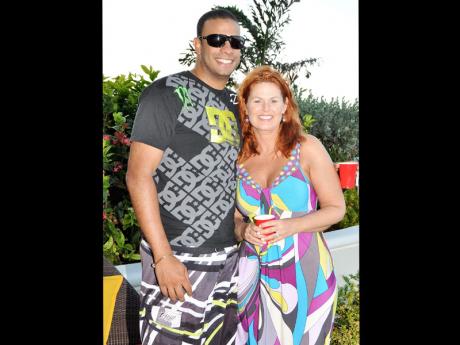 The colourful twosome of Scott Jones and Christine Stambough. 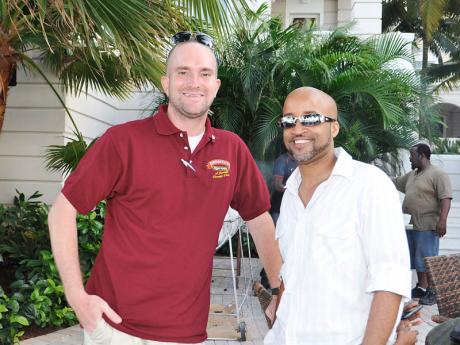 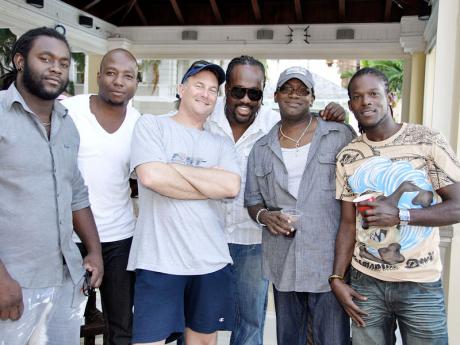 Ron McKay (third left) and his 'breddas' (from left) Nerado Brissett, Omari Bonnie, Fitzroy 'Saxie' Minott, Ian Taylor and Hakeem Pinnock hang out at the poolside party at McKay's home at the Palmyra Resort and Spa in Montego Bay.- Photos by Janet Silvera 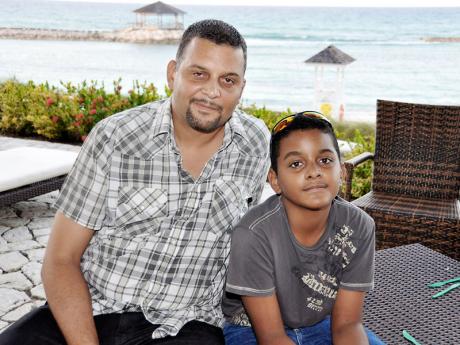 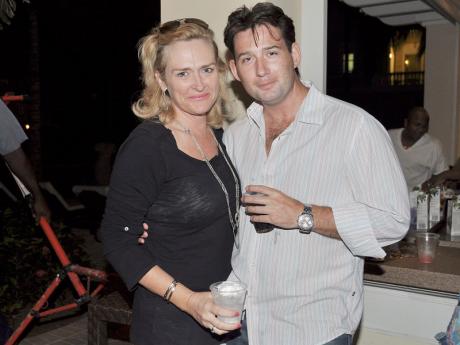 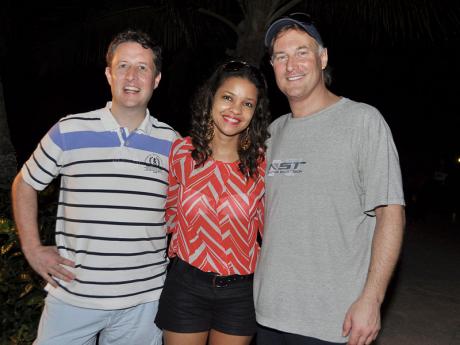 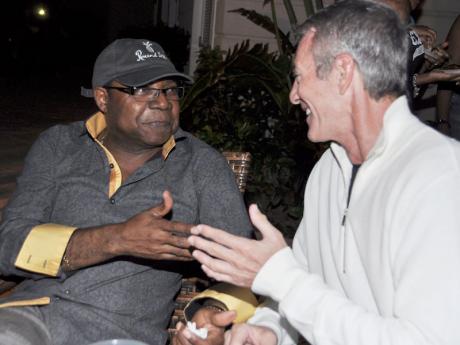 Opposition spokesman on tourism and member of parliament for East Central St James, Edmund Bartlett (left), and US tour operator Christopher Cowan in discussion at the party. 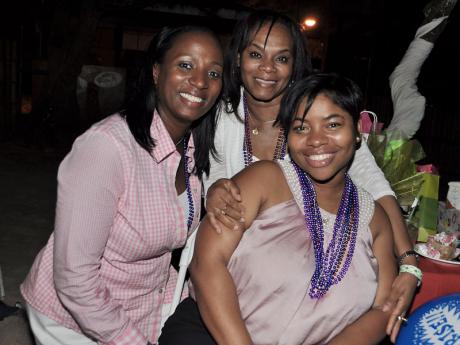 WESTERN BUREAU: The invitation from Montego Bay businessman Ron McKay read, "You are invited to a beach barbecue with Ron & his breddas."

Well, those in attendance stuck to the Tiki Bar at the poolside of the Palmyra Beach Resort and Spa, where all the energy was centred, hardly venturing on to the crystal clear white sand beach.

McKay, who recently opened ADS Global Information Technology Centre in the Montego Freeport, had several of his Caucasian brothers out last Saturday night afternoon, but it was his black 'breddas' who turned up the musical prowess.

It's no secret that Ron McKay likes a good party. It's also no secret that he was blessed with soul, found mainly in the areas of New Orleans and Memphis in the United States of America. Yet, this 'Jersey boy', accustomed to life on the beach in his home state and Philadelphia where he was born, has fit in beautifully with 'Jamdung'.

The afternoon was complemented by the rich sultry voice of the soulful Alecia Flemmings, who "passed through", but never left until she rendered her version of Adele's Grammy-Award winning song, Rolling in the Deep.

For Ron McKay who is known for his Saturday afternoon gigs, could this become a permanent addition to the social calendar? Party people, there is no reason not to hope!