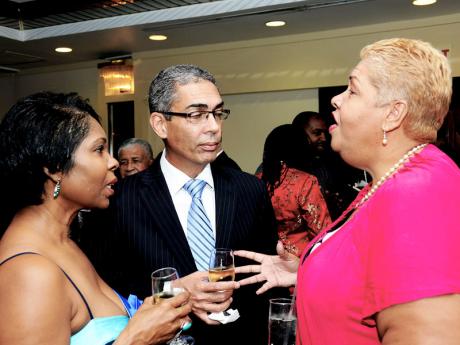 From left: Jacinth Byles and her husband, Richard Byles, are having a conversation with Jamaica's High Commissioner-designate to Britain, Aloun Assamba, at the Sunshine Foundation's fund-raising dinner and entertainment. 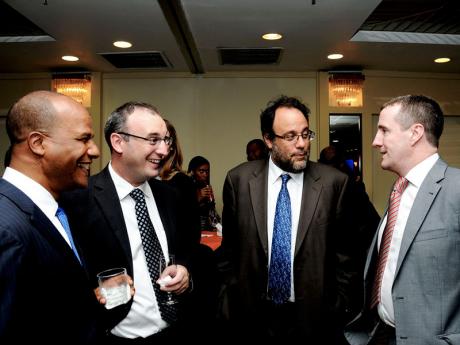 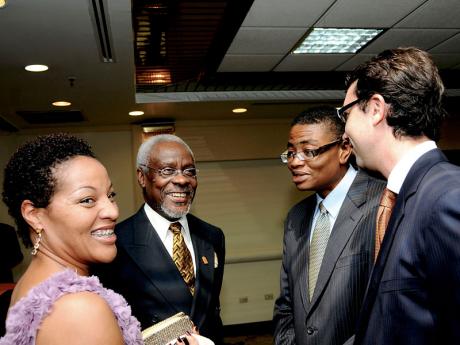 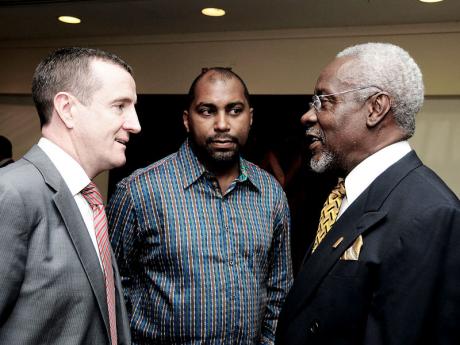 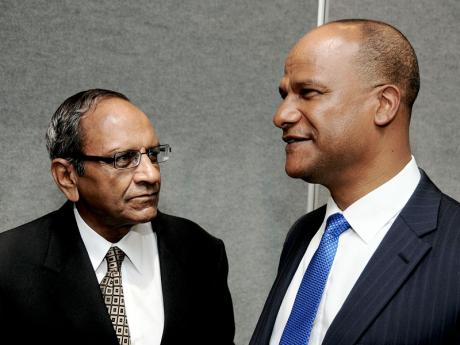 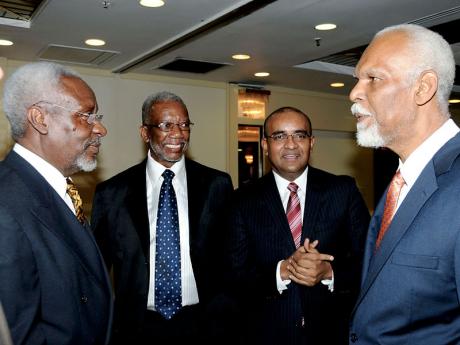 It would appear that the Portia Simpson Miller-led administration is all set to emerge from the self-imposed cocoon, after what could easily be described as a lacklustre four years or so on the international (and particularly regional) stage. When it came to setting the agenda for a regional platform, Jamaica has always been front and centre of international matters, dialogue and activism.

This rebirth comes at a time when nothing short of a strong diplomatic offensive designed to open new doors to markets and partners is a prerequisite in forging new alliances. Such alliances would chart a new financial course to help steer the country out of the current financial malaise and social quagmire.

Crucial to the process of re-engaging old allies and forging new ties is beginning the dialogue, and the administration and its power players have started to facilitate such an atmosphere with a number of engagements designed to build or mend bridges.

So, on Friday, March 9, the Sunshine Foundation, co-chaired by Justice Minister Senator Mark Golding and Information Minister Senator Sandrea Falconer, hosted a fund-raising dinner at the Wyndham Kingston hotel's ballroom. Former president of the Republic of Guyana, His Excellency Bharrat Jagdeo was special guest presenter, and dears, it was a charmer.

Jagdeo is easily one of the most accomplished leaders the region has produced. He has chalked up many firsts in his list of accomplishments in his relatively young years. In fact, there are those who question if he is truly a politician, after he pushed through legislation in Guyana, enforcing term limits on the office of the presidency.

This political anomaly aside, Jagdeo has earned rave reviews for the innovative and Caribbean-inspired model he employed as president of Guyana to create change and engineer social transformation of that country's underclass.

On the face of it, his was an arduous task, as first he had to dismantle the apparatus of what was considered state socialism to a more private sector-driven capitalism while retaining elements of the socialist model to serve the interest and needs of the majority underclass. Reviews of his stewardship are still pouring in. International and regional commentators are agreed that Jagdeo achieved more than just a modicum of success in his hybrid of state-driven socialism and free enterprise that led to the burgeoning of the entrepreneurial class and spirit.

In this respect, Jagdeo's visit and presentation made for a most interesting intervention as in these times of economic deprivation, it is not the strong who will survive, but the truly ingenious. Jagdeo's presentation artfully and engagingly demonstrated that in this time of economic famine, there is an oasis of funds available through international agencies, etc., but only those privy to their machinations and goings-on, bolstered by the negotiating skills and savvy and know-how will ever be able to access these funds! And crucially, that access comes sometimes by ignoring the expected protocol of being defined by one's political office, opting to engage directly. What is played out at times is that while most clamour to see the titular head of an organisation, it is the operatives/field officers who take the decisions affecting the life and well-being of their constituents.

And in this respect, the US$1,500 (approximately J$130,500) a plate fund-raiser was a financial and educational success for the private-sector leaders and members of Government in attendance. Jagdeo, without seeming to, called on those employed in the business of developing strategies and programmes for personal, corporate and national advancement to think outside the box in seeking to devise solutions to age-old problems. And dears, to a country more often than not caught up with form over substance, his intervention was a timely delivery.

Dears, it was a marvellous evening, beginning with libations and lovely fare and with an august body of private-sector leaders, socialites and members of the political directorate in attendance, it made for a sumptuous outing.