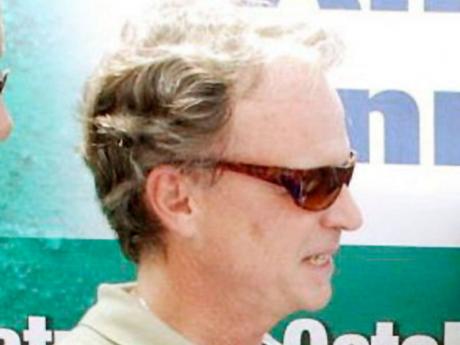 Bailey, who prior to his appointment held the post of first vice-president, was elected on a unanimous vote at a specially convened meeting of the organisation's directors at the Liguanea Club.

He takes over from financier Aubyn Hill, who resigned as president last Monday at a monthly meeting.

Bailey will lead Tennis Jamaica until the association's annual general meeting (AGM), which is tentatively set for June.

The AGM will also see the election of officers and a new slate of directors.

Bailey, according to a Tennis Jamaica press release, thanked the current directors for appointing him and urged them to continue dedicating themselves to the improvement of the sport in Jamaica.

He said planning for the AGM would start immediately as the task at hand was to keep the organisation moving forward.

The release also went on to add that Bailey paid tribute to Hill, saying that the former president "had made a substantial contribution to the sport during his presidency and had spearheaded the formulation of a strategic plan for Tennis Jamaica".

Bailey also stressed that Hill's strategic plan "would continue to provide guidelines for the organisation with the immediate focus being on young players, especially in the 10 and under group and coaching in the schools".