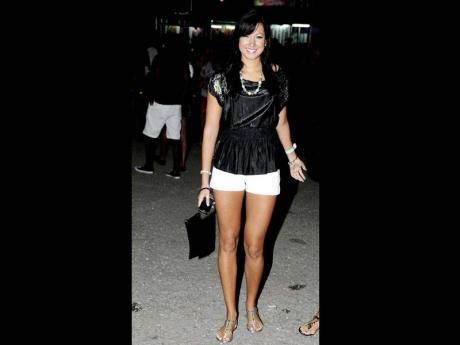 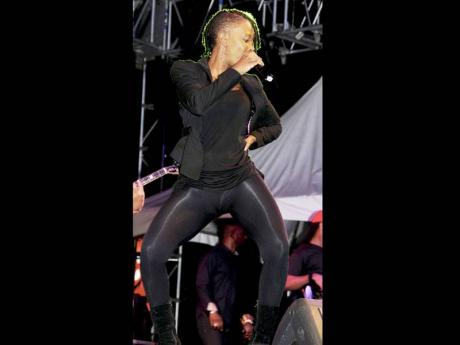 Fay-Ann Lyons brought her energy to the stage. - Photos by Winston Sill/Freelance Photographer 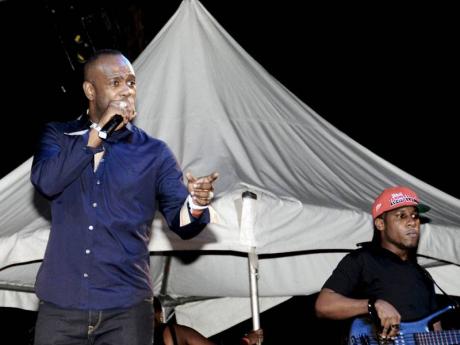 Bunji Garlin interacts with his audience during his set on stage at Bacchanal Fridays. 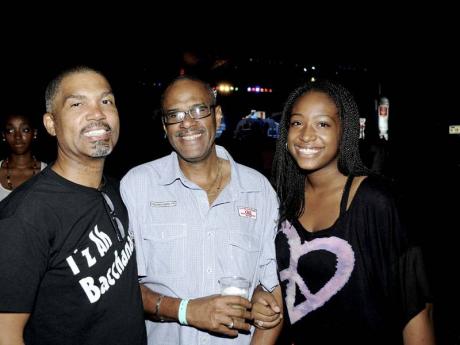 While Bunji Garlin and Fay-Ann Lyons brought some amount of energy to Bacchanal Fridays, something seemed to be missing from the event that was held at the 'New Mas Camp' that is located at National Stadium North in St Andrew.

Many patrons lined up for the weekly event, but the crowd seemed smaller than previous weeks. Nonetheless, they danced to music being played by DJ Smoke. They thoroughly enjoyed Kes the Band's Precision Wine, Swappi's Bucket and Machel Montano's In Charge.

Courtesy of Smirnoff, six females competed for four carnival costumes in a short yet spicy manner. But this was not for long, as the Asylum Band was quick on stage with their instruments to welcome Bunji Garlin, who started his set with So And So. Right after, Fay-Ann Lyons came on and did songs like Wine It and Heavy T Bumpa that were entertaining.

Alternating with his wife, Bunji did a bit of freestyling about the separation between the VIP and general areas which he did not like. With a clear sound, animated, a Bounty Killer-like swing, brisk steps and much authority, he did the fast-paced lyrics-filled Irregular that was well-received.

Somewhat tame earlier, Fay-Ann finally had the patrons really moving and even bouncing each other at her request.

"For those of you who don't know, this is the part of the show that we get really crazy," she said, as it seemed the show was reaching its climax.

She followed her statement with Get Mad, before Bunji did Plenty Gal that had the audience waving and wining.

The screams, laughs and shouts were near deafening when she did Miss Behave. While doing the song, she invited a man onstage with her. The colourful fellow was extremely dramatic as he literally "drop pon di grung and roll". All this time, the patrons seemed as if they were in some form of laughing fit as the young man swung his hand, held his head, fell and rolled on the stage.

After instructing the audience to run, walk and move in all directions, Fay-Ann freestyled with Bunji. They went toe-to-toe for some time, even comparing the two sides of the venue to Usain Bolt and Prince Harry. But when Fay-Ann said Bunji's side had some 'leans fellows', the jumps and 'forwards' went on for a while.

Redeeming themselves of a slow start, the couple left the stage with some of the patrons wanting more. However, the more that they yearned for took some time to come, as there were some technical difficulties with the sound equipment. Although the host, Elva, tried to keep the patrons occupied, some decided to leave.

With only seven minutes before the scheduled 2 a.m. cut off time, the music began and Red Stripe's mascot, 'Red', danced onstage with girls, but that was neither exciting nor entertaining. The remaining patrons later did a bit of dancing to songs like Kes the Band's Front A Meh and Machel Montano's Mr Fete before the event came to a close.