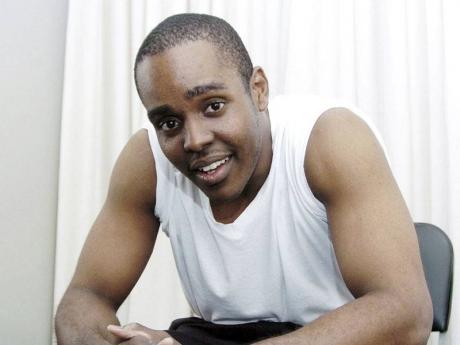 Christopher Martin made a surprise appearance onstage at 'Sex in the city' at Carlos Café, New Kingston, on Saturday. - File
1
2

I know two of my columns the last few weeks have been a bit, well, gloomy, but I couldn't stop from going back to my comedic roots on this one.

Recently, at the opening of a ski race in Kazakhstan (I know, it soun' far), organisers turned up the set to play the anthem. Too bad Ricky Martin's Livin' La Vida Loca is what came out. Apparently, the blokes operating the sound system made quite the snafu, getting their CDs or MP4s mixed up. So instead of the proud anthem, they got a has-been pop star's big hit.

Now searching through my memory banks and a little thing we like to call the Internet (good invention, it might actually catch on) I can't find any instances of somebody playing something else where our anthem was supposed to be. I know some persons who think we need a different anthem because this one doesn't inspire people. "It's a prayer," they say, which means we're asking for things, i.e. a dependence syndrome. But I digress. What I can recall are a few instances when persons got the anthem wrong, and I don't mean just by singing it.

For example, our good friend Shinehead was doing the national anthem before a Reggae Boyz match and messed up the second verse. Dapperly dressed, Shinehead was doing just fine until he got to the line "strengthen us the weak to cherish". Poor Shines forgot that line and sang the ensuing line "give us vision lest we perish" instead. Of course he's now one line short, so he sings "give us vision ..." again. Oops. I nearly died laughing.

Then there was the Christopher Martin affair in 2006 which was far less clear-cut. Again, like Shines, Martin breezed through the first verse (you see a pattern here?). Anyway, what happened next is subject to debate. People accuse Martin of making a mockery of the anthem, but he said the feedback from the microphone was confusing him. Whatever the case, it led the Jamaica Football Federation to declare there would be no more live performances of the anthem.

Of course, more recently, speedsters Yohan Blake and Usain Bolt found whatever joke they shared too much to bear and chuckled through the anthem. They both apologised and we move on. But what about those persons, who should know better, who are walking and talking merrily along at social gatherings while the anthem is being played or sung? I'm not saying if you're in the middle of the street you should stop, but have some respect. And learn the words.

I leave you with this question. If, as they say, the anthem is a prayer, why do we sing it standing at attention? Shouldn't we have hands clasped and eyes closed? I'm just saying. Later.

Tell me if you ever got the anthem wrong at daviot.kelly@gleanerjm.com