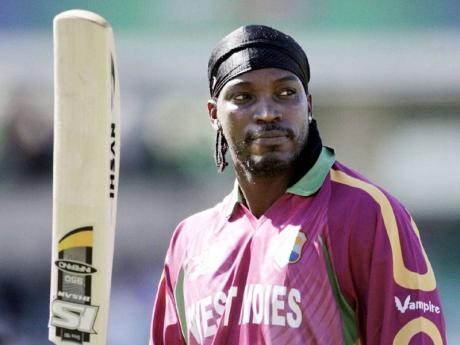 Chris Gayle: Out of the West Indies team for almost a year.

Estranged batsman Chris Gayle could make a return to the West Indies team if everything goes according to plan during a scheduled meeting between himself and officials of the West Indies Cricket Board (WICB) and CARICOM today.

The meeting, to be held in St Vincent and the Grenadines, is expected to deal with matters pertaining to the ongoing impasse between Gayle and the WICB, which has resulted in the 32-year-old being out of the team for close to a year.

It is understood that Gayle is expected to submit either an apology or make a retraction of statements he made during a controversial radio interview last year in which he openly criticised members of the WICB and West Indies team hierarchy.

The WICB, in a subsequent response, has stated that Gayle would not be readmitted to the team unless he either apologises or retracts the comments he made.

"A meeting has been arranged for tomorrow morning (today) between Gayle, the WICB and a few heads of government in a bid to arrive at an amicable solution that could result in Gayle returning to the team," said Jamaica Cricket Association (JCA) secretary, Fritz Harris.

"As we are all aware, there have been efforts to have the matter resolved in recent weeks, including all the workings coming out of CARICOM, etc, and I suspect that this meeting is a sort of culmination of the efforts," he added.

Prime Minister Portia Simpson Miller, during a presentation a month ago, had called for the WICB to review the process that was being used to "punish" Gayle for the statements he made during the radio interview.

Simpson Miller said the matter was taking far too long to be resolved and that West Indies cricket was suffering as a result.

The Jamaican prime minister also raised the issue during CARICOM's recent meeting of heads of government, following which a decision was taken to re-enact CARICOM's prime ministerial committee on cricket to deal with the matter.

Gayle, in the meantime, who it is understood had an initial meeting with the officials of CARICOM and the WICB at the weekend, was spotted on television yesterday in St Vincent as a spectator during the second of five one-day internationals between the West Indies and Australia.

The West Indies won the match by five wickets to level the series at 1-1 heading into Tuesday's third match, also in St Vincent.