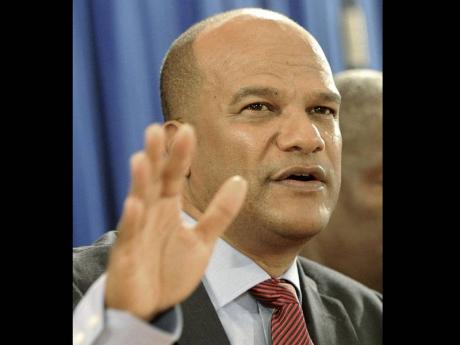 The man tasked with the responsibility of curbing the country's crime rate has equated the weekly bloodletting across the nation to that of a 9/11 crisis.

"We have been so inoculated to our high levels of crime that we don't even recognise how bad it is," declared National Security Minister Peter Bunting.

"If you just look at the numbers murdered each week in Jamaica and compare the size of our population to the United States, what it equates to is us having a 9/11 type loss every week."

Bunting, who was addressing the Allied Protection Limited 30th anniversary banquet at the Terra Nova All Suite Hotel in St Andrew on Saturday, said the situation which exists in Jamaica must be treated with the same level of urgency as the September 11, 2001 terrorist attack crisis in the United States.

Bunting told The Gleaner that his administration, with the current crime policy being pursued, would be moving aggressively, just as did the US, to put in place the necessary security measures to rid the nation of its crime problem.

"You saw how 9/11 changed the security situation in America and the world forever. We have one of those every week in Jamaica and we have become accustomed to living with it because it has been here for so long and I really think that if there is one thing that we can unite around nationally, it is tackling this cancer," he said.

"The national security policy will speak to some substantial security measures."

He said the multi-agency task force being set up to go after the proceeds of crime could be viewed as one of the aggressive measures being pursued to tackle crime.

"I don't want people to confuse this as a street-level operational type unit. This will be much more cerebral in its operation," Bunting told The Gleaner.

The national security minister said his administration would be seeking to utilise all the legislative powers under the Proceeds of Crime Act to aid the multi-agency task force execute its duties.

The national security minister said the task force would be looking to utilise the expertise of analysts, forensic accountants, the department of Customs, the Financial Investigations Division, and attorneys as well as other professional bodies to aid the police in their operations.