A second chance for the rejected 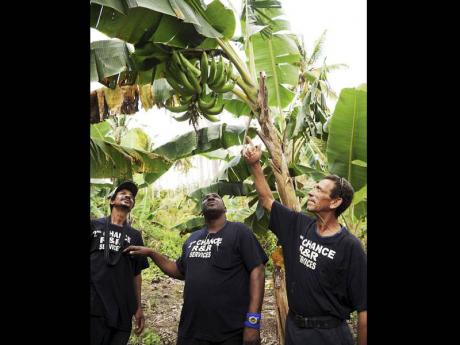 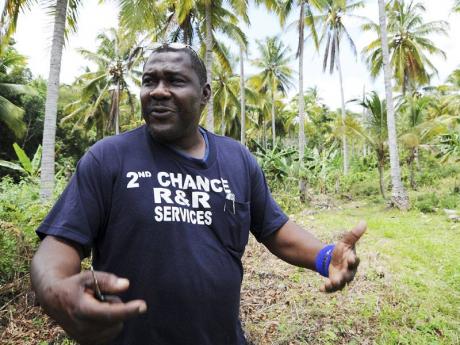 Reuben Phillips was always convinced he was called by God to help deportees. It may appear a strange calling for some, but he had no doubt whatsoever.

Leaving his hometown in Barbados in 1989 to take up residence in Jamaica, he joined The Salvation Army 18 years ago to start the journey of fulfilling his mission. Moving up the ranks to captain and later assigned to working in the rehabilitation department, he eventually became frustrated with the system.

"Although we were helping deportees to reintegrate into society, the problem was unless they had some sort of drug addiction, they could not enter the programme. There were so many others who needed help who weren't addicts but I just couldn't help them," he shared with The Gleaner.

This led Phillips and the board of directors of the programme to walk away from The Salvation Army to form 2nd Chance Reintegration and Rehabilitation Services, based on Old Hope Road, St Andrew.

Dedicated to turning around the lives of deportees, drug addicts and displaced youth, six years later Phillips is finally seeing his life's mission truly fulfilled, having made a tremendous difference in the lives of numerous persons.

Boasting a success rate of more than 75 per cent of those entering the 2nd Chance programme, many are today giving God thanks for Phillips in helping to give them a second chance. Several are now productive citizens, making an invaluable contribution to society.

"These persons still have a lot of worth, so it is important that they be given a second chance. Some are now doing very well, which warms my heart," said the chief executive officer and operations director.

After completing the first year in the programme, job placement is the next step. However, the rehabilitation is continuous as clients come in for counseling or to counsel new recruits for guidance or to partake in sharing sessions.

With not much financial aid for the programme, five years ago good Samaritan Eleanor Cunningham believed so much in 2nd Chance's mission, she leased her 100-acre property in the farming village of Needham Pen, St Thomas, to the organisation for 25 years renewable.

Serving to not only fund the project, but also provide employment and help with the rehabilitation of those in the programme, Phillips and his team have been progressively embarking on the task of developing the property into a livestock and produce farm.

The livestock segment is in its infant stage, with only a few goats and a young beehive. They plan to also rear cows, pigs, chickens and sheep.

The Rural Agricultural Development Authority has now partnered with them to cultivate 15 acres of the property.

For now, the farm supplies a few vendors in the Coronation and Cross Roads markets in Kingston, some restaurants and private suppliers. Each Friday, they also sell produce from the head office in Kingston.

"As part of their rehab, persons in the programme work nine months to a year on the farm, so there is always a consistent rotation. So far we have had about 20 to 25 persons who have passed through the programme," said Phillips.

The farm also employs persons from the Needham Pen community, such as Rupert Richards, Karen Edwards and Marvin Allen.

Allen is a reformed believer in the 2nd Chance vision of rehabilitating deportees. When they first came into the community to work the farm, Allen was so troubled by their presence that he made a report at the police station.

"I have now realised that every deportee is not the same and also that they can rehabilitate and go back into society. Everyone deserves a second chance, and I have seen how Captain has given deportees hope and a future. I have even become friends with some of them," he testifies today.

Captain's long-term vision is to set up a procession plant at the farm.

"Our driving capacity here is to turn over many other lives. No person is willing to employ the substance abuser, deportees, displaced, school dropouts and, therefore, if the capacity of the farm is enhanced by development, all these areas can be looked at," he said.

With the steep, uphill challenge that his mission demands, Phillips has quite often been tempted to give up, but each time he gets to that point, something happens that helps to push him over that hill.

"Every time I want to give up, it's like God say, 'See it there, go a little further'. I also think if I do give up that many lives that hang on what I have been doing will lack the opportunity," he shared.

"In each calling you get difficult times, but beyond that there is that success of persons' lives being changed, so it is difficult to give up."

Phillips is grateful for the help from several individuals and organisations like Latter-day Saints, Tastee Patties, Food For The Poor, the British High Commission, Caribbean Depot, among others.