McNeill calls for reassessment of APD 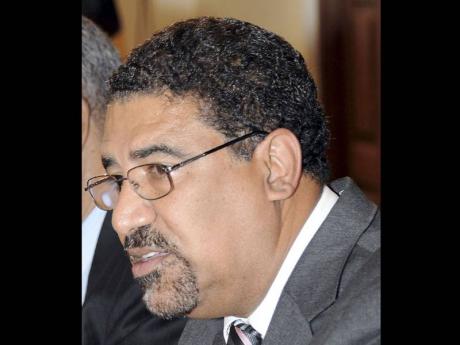 Ahead of yet another double inflationary Air Passenger Duty (APD) increase due to take effect from April, Jamaica's Tourism and Entertainment Minister, Dr Wykeham McNeill has called for a reassessment of the British tax.

The minister's call comes on the heel of new research by the World Travel and Tourism Council (WTTC) revealing that removing the discriminatory APD would result in the creation of an additional 91,000 British jobs and £4.2 billion being added to that economy in 12 months.

An Oxford Economics study shows that abolishing the APD would raise the United Kingdom (UK) "gross value added" by between £1.8 billion and £2.9 billion in 2012 due to the boost to aviation and tourism sectors from increased passenger numbers. This would create an extra 38,000 to 61,000 jobs.

In addition, extra income available for consumers from lower airline ticket prices would provide a stimulus to consumer spending, and could raise the UK "gross value added" by £1.3 billion and 30,000 jobs.

"In light of the negative effect that the APD has been having on the Caribbean and the evidence put forward by the WTTC regarding the impact the tax is having on employment and the UK economy overall, it is only prudent that the pending increase in the tax be reconsidered," stated McNeill, who was speaking to members of the diaspora in London last week.

Minister McNeill noted that the figures presented by the WTTC cannot be ignored as it was evident that the APD continues to have a devastating impact on the economy of the countries in the Caribbean, seeing the current tax burden placed on British travellers to the region continues to undermine the region's tourism earnings.

"No doubt, this tax is also affecting members of the diaspora who want to visit Jamaica to join in the celebrations to mark our 50th anniversary of independence. We will continue to fight this burdensome tax which continues to threaten our economy and welfare overall."

His stance has been endorsed by one of the biggest advocates against the tax, the Caribbean Hotel and Tourism Association (CHTA).

Pointing out that arrivals from the UK were down, that he fears that the situation will be made worse by the increase scheduled for April, Richard 'Ricky' Skerritt, CTO's chairman and minister of tourism for St Kitts and Nevis, said:

"For as long as the UK retains the current four-band APD system, which sees UK passengers to the Caribbean charged more in duty than those travelling much greater distances to US destinations, the Caribbean is placed at an unjustifiable competitive disadvantage.

"The UK government's response to its consultation on reform of APD was a slap in the face for the Caribbean. This issue is so central to the economic development of the Caribbean and to its 800,000 strong community in the UK that we will continue to argue that we must be included in the same band as the US".

Josef Forstmayr, president of the CHTA, said "The study reflects the huge economic contribution that travel and tourism makes. A significant proportion of visitors to the Caribbean originate in the UK.

Those visitors are vital to both the Caribbean economy and to UK airlines, tour operators, travel agents and all of the companies providing back office services and supplies to the industry. This close link means that as arrivals to the Caribbean from the UK fall, APD is damaging both Caribbean and UK businesses."