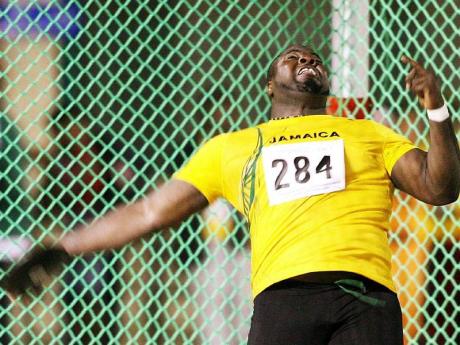 National discus record holder, Jason Morgan, made it two wins from two starts this season as he won in a meet record 63.82 metres at the Louisiana Classics on Saturday.

In winning, Morgan, a former student of Calabar High School, shattered the meet record that had stood since 1986.

In his sequence Morgan had four throws over 60m, but unlike the previous week when his winning throw was almost 20 metres better than second place, he had stiffer competition as Rodney Brown of Louisiana State University finished second with a throw of 58.12m, while Joey Torres of South Alabama (54.43m) finished third.

"I felt good coming into this meet," he said. "I have been working on some technical things in the circle."

The Jamaican powerhouse, who said he has lost some weight and gained flexibility, noted that his body has welcomed the changes he made in the off season.

"My body has been responding well, I could feel it in the warm-ups when I had a few throws over 66 metres," he said, while acknowledging that once competition started he made some mistakes that cost him distance. "I think I became a little impatient throughout the throws."

Overall though, he is pleased with his progress so far, expressing great confidence that things are only going to get better as the season develops.

"This is another great sign for me, telling me that far throws are definitely on the way. I have to be more patient on hitting the positions perfectly," he beamed. "My coach said I could have easily thrown 65 metres or better if I was a little more relaxed and patient."

He expressed gratitude to those who have lent him support and promised to deliver on the biggest stage when the time comes.

"I thank God and all the people who have shown me support. I will make the real people in my corner proud," he said.

Morgan competes again this weekend at the Louisiana State University in Baton Rouge.