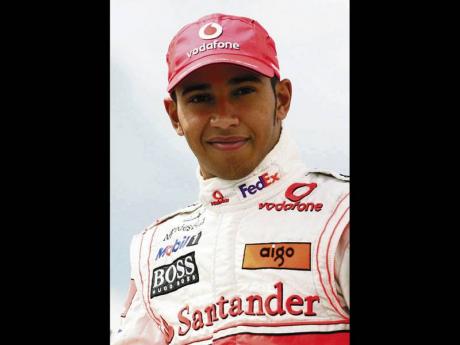 McLaren's Lewis Hamilton finished a disappointing third in the Australian Grand Prix yesterday as teammate Jenson Button took the chequered flag in the first race of the new Formula One (F1) season.

Hamilton, whose paternal grandparents are Grenadian, started from pole but was overtaken before the first corner by Button and never found the pace to recover.

Fate then conspired against Hamilton when he was held up by the safety car on lap 37, allowing two-time defending champion Sebastian Vettel of Red Bull to get ahead and finish second.

"Congratulations to Jenson and the whole team for such a great result today. While it's a bit disappointing not to have been able to convert pole position into victory, I'm not downhearted - there are still plenty of races ahead and lots more opportunities to score points," said Hamilton.

"I struggled out there a little - it wasn't my day. But what's most important is that we showed today that we have a very quick racing car - that's a massive positive for the team.

"I'm not sure what happened at the start, but I lost ground and then suffered from tyre degradation at the end of the first stint."

Hamilton also played down the incident with the safety car that may have cost him a higher place in the race.

"That's the way things go sometimes. I was definitely a little unfortunate there, but that's motor racing," he said.

Hamilton will now turn his attention to next weekend's Malaysian Grand Prix at Sepang.