More on Christianity and human rights 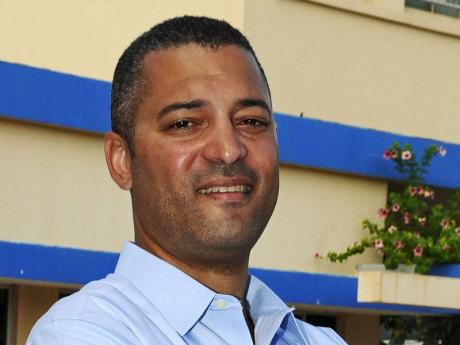 My last column, which I feared was too philosophical and abstract, got an overwhelming response. As I explained there, I am more comfortable throwing rocks at the pulpit than defending the faith. But Mr Hilaire Sobers' response to my remarks necessitates another short blast for the defence.

I had argued that humanism and the human-rights agenda it undergirds find their source in a distinctively Christian understanding of human worth. I had also mentioned that secularists cannot adequately explain why the strong should not dominate the weak, or why the healthy should concern themselves with the sick.

I did not say that mankind cannot and did not arrive at moral sentiment without religion. Quite the contrary, as virtue arises naturally from our animal natures. Well-adjusted people, regardless of religion, will agree that just as health is preferable to sickness, and vigour better than weakness, so prudence is superior to carelessness, liberality superior to greed, self-control superior to gluttony, and courage superior to cowardice - to name just a few virtues.

Aristotle and others have developed accounts of virtue without any overlay of Christian thinking. But it is because of the absence of Christian sentiment that Aristotle has no problem with the strong dominating the weak, and no time for the idea that the ugly, the unintelligent, the poor, the misshapen, and the sickly can lead a good life. He writes them off without a second thought. In other words, the 'morality' delivered to us by pure reason has a content that is too 'thin' to ground many of the rights that I suspect Mr Sobers would want to justify.

Anyway, when Sobers says "the clear implication of Mr Thwaites' position is that religion is inseparable from morality, and that the absence of religion connotes the absence of morality", he is simply wrong. When he goes on to ask "if Mr Thwaites is correct on this, does his 'sense of the sacred' embrace biblically endorsed practices like slavery, genocide, sex trafficking and misogyny?" he is undoubtedly being comical, as I had not mentioned the Bible, and in any case, he left out rape, bashing babies against rocks, pillage and plunder. They are all found in the Bible too!

Which brings me to the important point I wanted to suggest, not only to Mr Sobers, but to human-rights advocates more generally. Presumably, the movement's intention is partly to secure some amount of popular understanding and sympathy so as to secure its objectives. To achieve that, work with the Christians, don't gratuitously tick them off. Athens was a beautiful human achievement, but it will never have the power of Jerusalem.

Mr Sobers complains that in Jamaica "marriage (or 'quasi-marriage') is now defined in hetero-normative terms". This is a fancy way of saying that men and women ought to be able to marry people of the same sex. The question I would ask the proponent of such a view is this: quite aside from religion, are you completely insensitive to the ordinary view that there is something uniquely special for society (dare I say "sacred"?) about the committed union of a man and a woman?

Humanism is a precious and fragile Christian cultural achievement. On the other hand, secular humanism is a historical bamboo fire because it scorns its sources, and consumes the energy it depends upon. The globally aware will no doubt note that Islamist countries aren't exactly tripping over themselves to allow men to marry each other. The communists' secularising pogroms were monumental human-rights disasters. And it is in the geography of what was once called 'Christendom', infused with Christian traditions and sentiment (if not always belief), that human rights are most liberally granted and carefully protected.

All I'm saying is that Mr Sobers needs to 'tek time with the Christians'. In the legal attempt to secure and safeguard rights, the conscientious and thoughtful Christian is not the enemy. The enemies are ignorance, cruelty, and a lack of sympathy. One more point. Even unbelievers must accept that the Christian sensibility is not as unsophisticated as it may sometimes appear. And human rights are too important to leave in the hands of either the angry, intolerant village parson or the angry, intolerant village atheist.