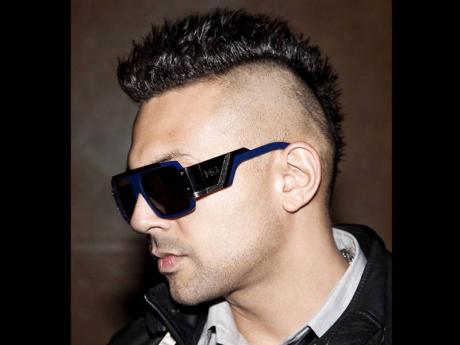 While touring Europe in support of Tomahawk Technique, Sean Paul will rehearse and then deliver a special performance on the awards show with British counterparts Taio Cruz and Ally Murs. The three are expected to collaborate on a first-ever joint performance of She Doesn't Mind, Troublemaker and Heart Skips A Beat.

The ECHO Awards falls in the heart of a European promotional run for Sean Paul, which includes stops in London, Cologne and Zurich. The reggae superstar is then expected to return to Europe to make several appearances.

She Doesn't Mind is a provocative single and music video from Sean Paul's fifth studio album, Tomahawk Technique. Other tracks from the album include Got 2 Luv You featuring Alexis Jordan and Wedding Crashers. How Deep Is Your Love featuring Kelly Roland is expected to be the next release.

Sean Paul describes the album as his most personal to date. Familiar dance-ready, club banger beats are woven with humorous tracks, hardcore dancehall and emotional ballads "for the ladies".

Interspersed within his tour dates, the dancehall toaster switched positions in the studio to produce the Material rhythm with a host of artistes, including Wayne Marshall, Fambo, Bounty Killer, Ce'Cile and a virtual who's who of the reggae industry. He also produced a groundbreaking 10-minute medley video, with supporting behind-the-scenes feature for Material, which was directed by creative phenomenon, Mikal Chushnie.

If a hit album, global performances and a rhythm project were not enough, Sean Paul and his frequent music cohort Leftside have partnered to promote Dutty Rock at Club Riddim every Friday night.

The videos, the tracks, the candid images from the tour are all available online at AllSeanPaul.com.