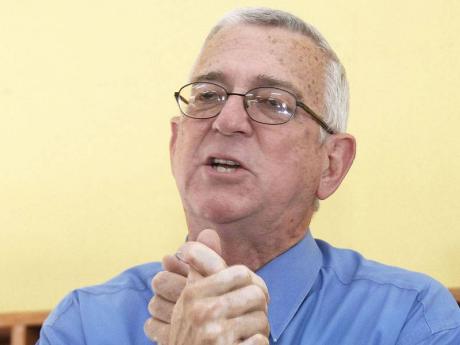 As 44,000 students prepare to sit the Grade Six Achievement Test (GSAT) this Thursday and Friday, Minister of Education Ronald Thwaites has announced that the system is under thorough review, with the hope that next year's sitting of the exam will not be in the same format.

Speaking yesterday during a press conference at the Office of the Prime Minister to announce plans for this year's exam, Thwaites said there was overwhelming dissatisfaction with the GSAT curriculum, the method of testing and placement, which prompted the revision.

In light of this, it was expected that within eight months a team of overseas consultants from Pearson Education, CIDT and DPK Information System Ltd as well as the University of Wolverhampton in the United Kingdom will be in the island to work with a local team to conduct a thorough review of the GSAT system, and make proposals for the new format to be implemented in time for 2013.

The initiative is expected to be funded by the Government and the Inter-American Development Bank at a cost of approximately $10.3 million (US$120,300).

"I would like to be bold and say that I hope it (GSAT) will not be in precisely the same form next year as it is this year," he stated.

With the ministry having to deal with irate parents each year dissatisfied with the school placement of their children, Thwaites also took the opportunity to expound on the outstanding achievements of non-traditional high schools.

"Many of the newer secondary schools are doing very well. They are securing results that are comparable to the so-called traditional schools. Students must accept the place that is given to them and they must try hard to grow where they are planted," he urged.

The minister also assured that Jamaica had high ratings, with high school placements for approximately 87 per cent of cohorts sitting the exams.

"That is better than many countries. It is not satisfactory for us; we want 100 per cent good high school places. To do that we are going to require many new places, which will require creative new partnerships between the state, philanthropy, private sector and the communities," he noted, announcing that they would soon be breaking ground for a new high school in St Catherine.

In the meantime, Grace McLean, acting permanent secretary in the Ministry of Education, said the ministry was confident that everything was in place at the 986 schools, with a total of 1,109 centres, which will accommodate the students over the two-day exam.

"Timetables have already been dispatched to the students and queries are being processed for less than two per cent of entrants," she said.

"Secured examination packages will be sent to the six regional offices, which will then be dispatched to principals and presiding examiners of schools prior to the examinations. Every precaution has been made and will continue to be made to preserve the integrity of the examination."

She said this year of the 52,000 who registered for GSAT, 3,500 were deferred to next year's sitting, while 4,500 did not master the Grade Four Literacy Test after being given four opportunities. The students who were still performing below level will be transitioned into the Alternative Secondary Transitional Education Programme (A-STEP).

TIPS FOR PARENTS AND STUDENTS