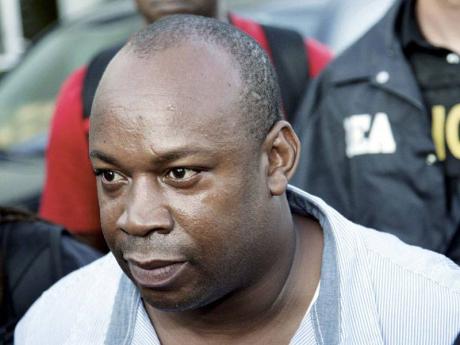 United States prosecutors have indicated a willingness to accept a lower minimum prison sentence for alleged drug kingpin Christopher 'Dudus' Coke, even as they prepare to return to the US District Court in New York for his May 22 sentencing hearing.

Prosecutors now say they are willing to accept an 18-year prison sentence for the Jamaican, down from the 23 years they still think he deserves.

Last Friday a judge delayed the sentencing of Coke and ordered the prosecutors to provide proof of their allegations about his violent control of a drugs gang to back their demands for a lengthy prison term.

But, according to the prosecutors, even if the allegations about Coke's murderous control of an international criminal gang are not proven, an 18-year prison sentence is deserved.

"The undisputed facts before this Court make (it) clear that the appropriate sentence, and one sufficient but not greater than necessary ... is 216 months (18 years)," the prosecutors said in a memorandum filed in court hours before last week's postponed sentencing hearing.

The prosecutors charged that in the plea deal Coke accepted last August it was stipulated that, "the applicable sentencing guidelines range is 262 to 327 months imprisonment, capped at 276 months".

According to the prosecutors, in pleading to charges of conspiracy and racketeering Coke admitted: "I was the leader and organiser of a group known as the Presidential Click in Jamaica. As such I directed certain criminal activity on (Presidential Click's) behalf which included but was not limited to the distribution of marijuana, cocaine and crack cocaine both in Jamaica and the United States from 1999 through 2010.

"Some of these activities took place in the Bronx, New York in 2007. I also directed the purchase of firearms and the importation of those firearms into Jamaica for the purposes of furthering activities of the group."

The prosecutors further charge that, "With respect to count two, Coke admitted that he participated in a conspiracy to assault a person who owed a drug-related debt to a member of this group which resulted in his injury".

Said the prosecutors: "The facts that Coke has admitted - his long-term leadership of a violent criminal organisation with an international reach that for at least 10 years trafficked in significant quantities of narcotics and firearms from Kingston, Jamaica, to New York City and elsewhere, and engaged in brutal assaults, such as a stabbing of an individual in his face over a drug dispute - call for no less than the statutory maximum sentence."