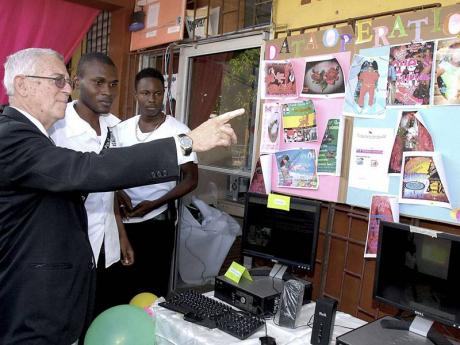 WE NEED to get the technical schools back to focusing on their original mandate and designate all the Career Advancement Programme schools technical or comprehensive high schools. We therefore support the Technical and Vocational Education and Training (TVET) rationalisation initiative being pursued by the Ministry of Education.

HEART Trust/National Training Agency and National Council on Technical and Vocational Education and Training (NCTVET) have taken Jamaica way ahead of the Caribbean in TVET, we must not lose this competitive advantage. The establishment of Workforce Colleges by HEART Trust/NTA is a superior concept that is the step in the right direction. The community colleges and universities must now create synergies around this vision. The National Qualifications Framework supported by the Jamaican Tertiary Commission and CARICOM must be fast-tracked so that the population understands the new paradigm in education and training for employment or job creation.

Looking back to the future

What we must never lose sight of is the history and evolution of education systems around the world. We must never pretend that there were not the Dark Ages when information was not as readily available as we have it now.

There were no books as we have them now and certainly no Internet. Education was for the privileged few; government technocrats and the clergy. Since the world then was largely agrarian there was no need for highly trained workers since the economies of the world relied for many centuries until the late 19th century on manual labour.

As the world became more industrialised there was more need for engineers and higher-level technical and vocational education. Traditionally, children of the wealthy planters were sent to Britain while the slaves were never sent to school not even Sunday school initially. Governments around the world did not fund education in the early days. In the early 20th century less that 30 per cent of the world's populations were literate.

We must give thanks to our missionaries who felt that ex-slaves and the masses generally should be given education and exposed to moral teachings from the Bible. The Churches led the way in establishing schools in Jamaica, the Moravians, Baptists, Anglicans and Catholics. This was the period of the three R's reading, writing and arithmetic. There was no Caribbean Examinations Council at this time. All our external exams were done from London University and Cambridge University. I am told of lower Cambridge and senior Cambridge. For many years there was no policy of universal education even at the elementary level.

Even by the 1950s, there were debates in other societies on the system of education and the content to be tested and competencies to be certified. According to Bagnall (2000), the debate between vocational and general or liberal education is one of status. Bagnall argues that the United Kingdom universities were "classified into the three traditions of liberal education: the study of classics at Oxford, mathematics at Cambridge, and philosophy in the Scottish universities. These subjects were studied for their supposed capacities to train the mind and cultivate the intellect "rather than for the usefulness of their content".

Australia, once a colony of Britain, started with the British-style education system, but evolved into a practical-type system to embrace a fusion between British general-type education and vocational education. France, on the other hand, is a highly diploma- oriented society. The central qualification at the secondary level is the baccalaureat, started by the famous Napoleon Bonaparte.

They now have three types of high school diplomas: bac professionnel, bac technologique and bac general. The United States (US) also has a high-school diploma system and high school goes up to grade 12. They also have the General Education Diploma. Those who wish to pursue college/university education take the prep exam SAT, a clear distinction made from a general high-school certification from college-readiness certification.

This is what we must resolve in our TVET policy. I want to make the point that there is no standardised education system in the world. Countries have sought to improve on their education system to suit their needs and to enjoy international competitiveness.

Britain was very slow to change their education system and although they led the industrial revolution in the 19th century, they have been overtaken by US, Japan, China and now the rest of Asia. So I want to put on the table that we do not need to feel that the British education system is the most efficient in the world.

As I said in Part 1, this is the model we followed where we ranked out a few to go to sixth form and university and then the majority was to be left as unskilled labour. As a result, in the English speaking Caribbean today less that five per cent of our population has a university degree. The UWI has only graduated over 50,000 graduates in just over 50 years. How could we possibly expect to have only one university? But the world has now changed and we all want our students to go to university, but universities must now adapt to the changing needs for TVET.

Don't repeat mistakes of the past.

We need, therefore, universal TVET educational access across CARICOM. To achieve this, we would have to change how we do things. It is clear that all students are not equal in abilities and interest and that society requires diverse skills and talents. As I said before, we must create the opportunities to maximise the potential of every student and provide them with different options or pathways to that end.

But as we offer the education dumpling, some will still need to eat the dumpling piece by piece, but let us inspire them to eat all of it.

Ruel Reid is principal of Jamaica College and chairman, National Council on Education.