PM: Do not balance the power 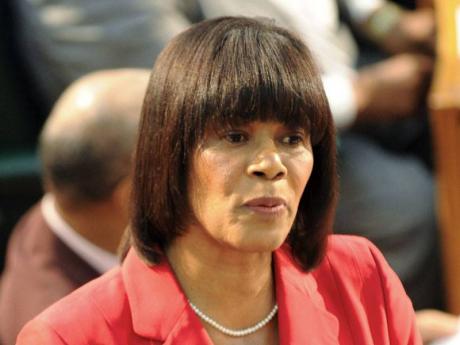 THE PEOPLE of East Portland have been cautioned not to re-elect the Jamaica Labour Party (JLP) to local government office, amid the party's plea for balance of political power.

Prime Minister Portia Simpson Miller, while addressing party supporters at Manchioneal square in East Portland last Wednesday, said the previous administration ran the parish council as a department out of the office of the prime minister, which basically left elected councillors powerless to adequately conduct and carry out the people's business.

Simpson Miller said the JLP did nothing to aid the process of local government reform, noting that it dropped the ball.

The prime minister's visit to Manchioneal was to drum up support for PNP candidate for that division Elaine Osbourne, who is seeking to unseat the incumbent, Alston Hunter of JLP, who is also a former mayor.

She said that JEEP not only has a brand new engine, but it also has a brand new spare engine. She added that every member of parliament received letters and allocation to submit their programme for JEEP.

According to the prime minister, local government is critical, and for any real community development to take place, the country must have the local authority as the councillors are critical to the process in that they are closer to the people on the ground in the various divisions.