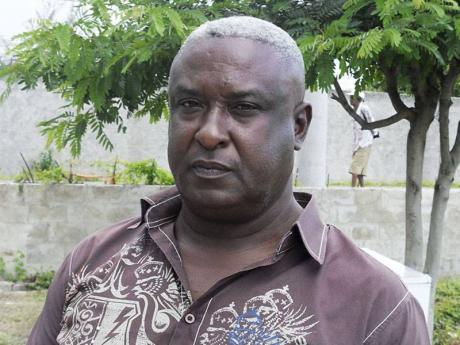 WHEN ENOS Lawrence entered the political sphere 22 years ago, he was no stranger to the landscape, as his father Simeon served as the Jamaica Labour Party (JLP) councillor for the Homestead division for more than two decades.

However, the Homestead born and bred offspring, didn't follow in his dad's footsteps.

"I looked at the two parties in terms of their performance, and what they stand for and I was convinced that the PNP (People's National Party) was the party that more caters for the masses, so I was influenced by that," he explained.

Lawrence, known for his involvement in community development activities, defeated Lloyd Francis of the JLP in the March 6, 1990 local government elections, to take the Spanish Town division, located in the Central St Catherine constituency.

Since that time the former National Youth Service participant has not lost an election. He represents the De la Vega City division.

Lawrence told The Gleaner that he is proud of his achievements, which include repairs to several roadways, installation of street lights in a number of areas and the establishment of the Wellington Street car park and transportation centre.

However, the 54-year-old Spanish Town Secondary alumnus, cited the failure of members of parliament and the business sector to implement programmes and projects to uplift the Old Capital, as disappointing.

Despite lack of funding to undertake several infrastructural and other projects, he said his drive to enhance the quality of life of his constituents has served as his motivation to carry on.

Residents in the division, Oral Kerr and Joslyn Miller, retired inspector of police and justice of the peace respectively, have lauded the veteran politician for his visibility and the treatment meted out to his constituents.

"He is always there for you. He is a good councillor who always tries to help if you have a problem. He is down to earth and someone you can talk to," Miller told The Gleaner.

Lawrence is confident that he will again defeat Merrick to retain the division in St Catherine Eastern constituency, originally St Catherine South Central next Monday.

After that, he said he will continue to pursue a number of projects in the new term.

"I want to see the upgrade of De la Vega City and Rivoli playfields to become mini stadiums where we can host activities that will attract international attention. I also want to establish a compulsory education and training programme for our young people," Lawrence told The Gleaner.