Ninth time around - Ralston Wilson confident he will retain his seat 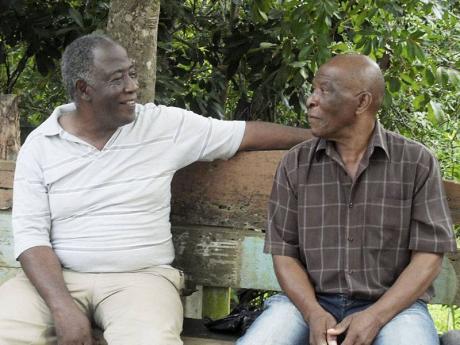 RALSTON JOHN Wilson's dedication to politics has left him with little time to enjoy horse racing, cricket, and football listed among his favourite pastimes.

But, he made it clear that had the Jamaica Labour Party (JLP) won the December 29, 2011 general election, he would not be contesting the local government elections for the ninth time on March 26.

"I don't think I would go back to be honest!" he told The Gleaner, when we caught up with him in Connors in the Ginger Ridge division, during his door-to-door campaigning recently.

A native of Browns Hall, Wilson who had a love for motor mechanics, attended Browns Hall Primary School. He went on to pursue a course at Kingston Industrial Garage before emigrating to England for three years. Following his return to the island, he ventured into trucking.

During his political career, which began in 1974 when he beat the JLP's David McDowell, Wilson has represented four divisions: Browns Hall, Bartons, and Old Harbour North in St Catherine South West, and Ginger Ridge in St Catherine West Central for which he is currently councillor.

Then in the March 8, 1977 elections, he defeated Everald Warmington of the JLP. He suffered his only defeat in 1981 when he contested the Bartons division and was beaten by the JLP's Errol Palmer, when Palmer's party won all 13 councils.

Since that time, the 69-year-old, whose mentor is retired parliamentarian Ruddy Lawson, has been unbeatable.

"I have won an election without moving from my house, the people said if you come out and talk to us we not voting, just go home and put your house in order and come out the day before election and get your things in place and that was it," Wilson explained.

In his first outing in the Ginger Ridge division, comprising communities such as Bellas Gate, Bellfield, Marlie Hill, Browns Hall, Back Pastures, Connors, and Macca Tree in 2007, Wilson polled 1,149 to defeat the JLP's Israel Hyman 1,127.

However, while not predicting the number of votes he will secure, he said he will hand principal of his alma mater and JLP councillor candidate, Barrington Mighton, a resounding defeat when the ballots are counted on March 26.

"I know I am going to win," he stated firmly. He credits his seven victories to his personality and his rapport with the people.

"I love to listen to people and to do the things that I think will satisfy or people would love to see me do. I try to give them their roads, their water supply, and assist them to enjoy a better life," Wilson noted.

Like businesswoman Nardia McLarty, resident of Connors, several constituents believe that the veteran politician has done enough to retain his seat.

"We see the councillor a lot and he tries to get things done. He repairs road, he has always been around, or if you have any problem and you call him or visit him, he is always there helping," noted McLarty.

And even as he listed his accomplishments ranging from road repairs to the establishment of basic schools and assisting children to attend school during his tenure, he bemoaned the lack of resources, which has hampered his ability to deliver more to his constituents.

The father of two boys and two girls attributes his long-standing political career to his love of the people and their support and love for him.

"I have enjoyed it and I don't think I have any reason for regrets," Wilson said smiling.