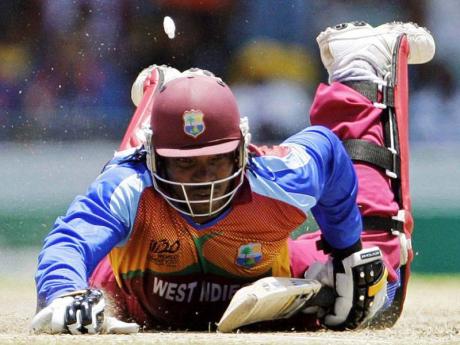 A proposed move that would have seen the return of talismanic opener Chris Gayle to the West Indies team and ended his yearlong impasse with the West Indies Cricket Board (WICB) has been stalled.

However, a source close to the negotiations in St Vincent told CMC Sports that while a deal had been reached and agreed to by the WICB and CARICOM, Gayle was yet to sign off.

CMC Sports understands that the deal would have seen both Gayle and the WICB acknowledging that mistakes had been made during the impasse, but agreeing to move forward in the spirit of compromise.

The deal would have seen Gayle available for the current series against Australia which ends on April 27.

Gayle, however, is contracted to play for Royal Challengers Bangalore in the Indian Premier League which runs from April 4 to May 27 and for Somerset in the English County Twenty20 tournament.

The IPL clashes with both the current Australia tour and West Indies tour of England from May 5 to June 24.

CMC Sports understands that Gayle is keen on fulfilling all his contractual international T20 obligations.

Speculation was rife during the second one-day international on Sunday as word slowly emerged that talks were ongoing to find a settlement to the dispute.

Gayle, who attended the funeral for the late Runako Morton in St Kitts on Saturday, was present for the game at Arnos Vale, triggering further speculation he could suit up as early as Tuesday for the third match of the series.

The dominant left-hander has not played for West Indies since the World Cup quarter-final against Pakistan last March, after being sidelined for controversial public criticisms of the WICB and team coach Ottis Gibson.

He had been mandated by the board to withdraw his comments before he could be considered for selection, but the player refused.

Only recently, Jamaica's Prime Minister Portia Simpson Miller called for an end to the impasse and subsequently raised it at the CARICOM Interses-sional meeting in Suriname March 8-9.