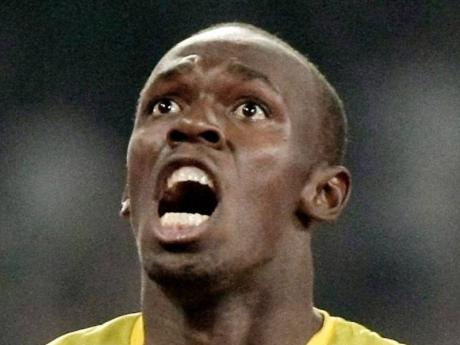 The ad was released last Saturday in Europe, as it is a Europe-only campaign.

Bolt is one of the athletes being used to raise awareness of the Summer Games that will make London the first ever city to host the Olympics on three occasions. Prior to this summer, London hosted the Olympics in 1908 and 1948.

Bolt reportedly shot the ad during one of his trips to Europe earlier this season. The entertaining advertisement shows Bolt and another man, who turns out to be a starter, racing from an airport in London to the Olympic stadium via several sites around the British capital using their contactless Visa credit cards.

During his run through the streets of London, Bolt strips down into his Jamaican kit, while the starter dresses up for his starter's role at the Olympic Games.

Insiders say that more and more the sprinter, who turns 26 in August and is considered to be the biggest name in athletics, is being exposed to roles such as the one he plays in the advert as it opens up opportunities for him to pursue other interests once his stellar career is over.