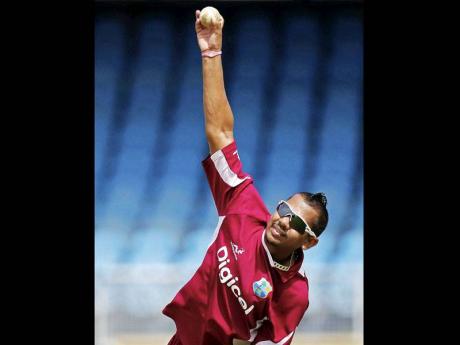 Exciting off-spinner Sunil Narine says West Indies' big win over Australia in Sunday's second one-day international (ODI) will serve as a huge boost to the regional side for the third game of the five-match series here today.

West Indies snapped a five-year winning drought against the Aussies when they pulled off a sensational five-wicket win at Arnos Vale, with 10 balls left in the contest reduced to 40 overs per side because of rain interruptions.

Narine, who only made his international debut last December, played a key role, snaring four for 27 to put the brakes on the Australian scoring late in the innings.

"It feels really great to get my best figures in just my fifth match and bowl the team to a victory," the beanpole Trinidadian said.

"We needed this win after going 1-0 down in the first match on Friday. This will be a huge boost for the players in the team and everyone in the dressing room. This is the first West Indies win over Australia in a long time and it shows that we have it in us to win."

Chasing 158 for victory, West Indies lost opener Kieran Powell to the first ball of the innings, but Kieron Pollard smashed an unbeaten 47 and Dwayne Bravo got 30 to lead the Windies to victory.

The capacity crowd at Arnos Vale cheered the Windies' every run, and the value of their support was not lost on Narine.

"It was amazing. It felt special to have a big crowd cheering us on. This is just my second 'home' match for West Indies and I felt really motivated to go out there and perform," Narine said.

"The fans came in from early, and as we drove in we got words of encouragement. That's the reason we play, for the fans, and it is always good to give them something special to celebrate."

Narine is expected to be a key member of the attack again today and says the side would be looking to improve even further on their last performance.

"It was not an easy wicket to score on. The batsmen found it a bit difficult to get away the ball, and I knew once I kept to the game plan, I could create problems," he explained. "I bowled to a plan and I was well backed up by the other bowlers and the guys in the field. This was a wonderful team effort and is something to build on."

The series is currently locked 1-1.