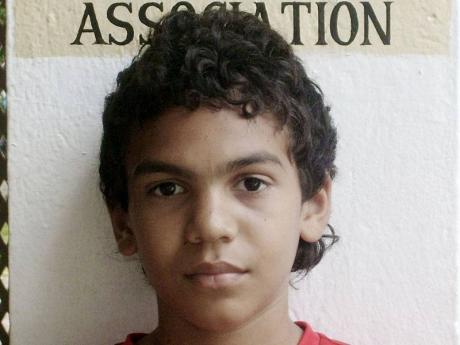 Squash aces Jonathan Walker, Alyssa Mullings and Tayla Ziadie maintained their winning form to take top honours at the Chris Shim Junior Tournament at the Liguanea Club in Kingston on the weekend.

The tournament was played on a round-robin format.

In the boys' competition, Walker took the Under-13 and Under-15 titles in a repeat of his double triumph at the Milex Security Services Championships last month. The in-form 12-year-old fought his way back from a two-set deficit to beat Stephan Morrison 3-2 in the deciding Under-15 match.

With two junior titles under his wing, Walker looks like a sure bet for the winner's circle at this year's All Jamaica Junior Championships, which is scheduled for June.

Also in winning form was 13-year-old Alyssa Mullings, the reigning All Jamaica and Caribbean Under-13 girls champion, who took the Under-15 category by beating Ashley Lynch, while Ali Roberts placed third in the round-robin series.

Mullings also had a great showing in the Under-17 age group, where she advanced to the final, but lost out 3-2 to Mary Mahfood in a thrilling five-setter.

Mahfood's victory in the Under-17 category came as no surprise as the 16-year-old has been in dominant form for the last three years. At the 2011 All Jamaica Junior Championships, Mahfood won a record-breaking three titles, taking top honours in the Under-15, Under-17 and Under-19 age groups.

In the Under-13 group, Tayla Ziadie served notice that she's the girl to beat, finishing ahead of Sarah Conway and Mia Mahfood, respectively. Fresh from her triumph at the Milex Championships, the 12-year-old again took the top honours and moved one step closer to a national title.

Ashante Smith, who currently holds national titles in the Under-17 and Under-19 age groups, was the Under-19 boys' champion, topping Julian Morrison and Josh Mahfood, respectively; while Eugene Kanyingi won the boys' Under-11 age group, where Cameron Phang Sang and Seth Stultz took the respective minor placings.

Adam Ardito and Amy Conway led the way in on-court conduct and deportment, taking the Sportsman and Sportswoman titles, respectively.

"We were very impressed with the level of play throughout the tournament," said Gill Binnie, the Jamaica Squash Association's (JSA) junior programme coach and administrator. "Most of the categories were highly competitive and the juniors are clearly getting into good form for the national and regional championships this summer."

Last weekend's competition was one in a series of development tournaments being staged by the JSA to prepare the players for the Caribbean Area Squash Associations Junior Championships, which will be held in Jamaica in July. The series continues next month with the 20/20 Vision Championships and with the Hilyte Championships scheduled for late May.