'We came here determined to avenge the loss' 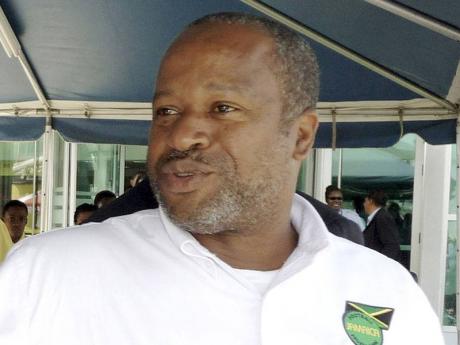 Hyde Sr ... the team played with a lot of character.

Humble Lion kept their place in the top six of the 2011-12 Red Stripe Premier League on Sunday night when they scored a courageous come-from-behind 2-1 win over Montego Bay United Football Club (MBUFC) at Montego Bay Sports Complex in St James.

"The team played with a lot of character because we came here determined to avenge the loss we suffered to this team when they defeated us on our home ground," said Humble Lion's head coach, Lenworth Hyde Sr. "It was a performance that the players should be proud of."

By virtue of their win, Humble Lion move up to 46 points, which keeps them in the top six of the 12-team competition. The loss kept MBUFC in seventh place on 38 points.

MBUFC took a first-half 1-0 lead through an opportunistic strike by an alert Omar Gordon. However, the gutsy Humble Lion came storming back through a brilliant free-kick goal by Wolry Wolfe and a stoppage-time effort by the coach's son, Lenworth Hyde Jr.

The game started with MBUFC calling the tune and looking rather ominous. In fact, had strikers Allan Ottey and Gordon not been wasteful, they could have established a significant lead early.

MBUFC still managed to take the lead in the 13th minute. A somewhat innocuous long-range free kick by Oraine Braham fell into the path of Gordon, who directed the ball into the goal, making the score 1-0.

Humble Lion's resurgence started towards the end of the half when they just missed drawing level, on the stroke of half-time. Cornelious Henry got away inside the goal area, but directed his effort wide of the target.

The second half started with Humble Lion pressing forward and regularly testing the MBUFC defence with spirited attacks from both flanks.

The Clarendon team's persever-ance paid off in the 67th minute when they drew level through a dazzling free kick by Wolfe, which would have made any Brazilian proud. The goal left the MBUFC players and supporters stunned as it curled around the defensive wall, leaving the goalkeeper a mere spectator, to make the score 1-1.

With Humble Lion increasing the tempo and MBUFC looking to be running out of steam for the first time since the arrival of Dos Santos, the Clarendon team struck in stoppage time when Hyde popped up to apply the finishing touch to a ball that landed in the goal area, making the final score 2-1.