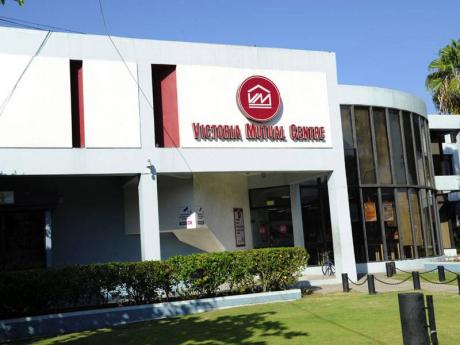 Victoria Mutual Building Society (VMBS) on Monday slashed its rate on Jamaican dollar loans to new borrowers by as much a 2.6 percentage points, becoming the cheapest commercial player in the retail mortgage market as players jostle for customers in a tough environment.

At 9.39 per cent on its loans, VMBS is now one-tenth of a percentage below the hitherto cheapest rate of 9.4 per cent set two weeks ago by market leader, Jamaica National Building Society (JN), which cut its rate between 0.4 and 2.09 percentage points. Additionally, VMBS announced a special rate of 6.85 per cent on US dollar denominated mortgages until August 31.

National Commercial Bank (NCB) ignited the mortgage war a fortnight ago when, on March 5, it introduced its 9.5 per cent rate with an introductory cashback incentive of $200,000 if mortgage applications reach the bank by the end of August, the same day that VMBS set its special US dollar rate to expire.

Jamaica National immediately countered with a rate of 9.4 per cent.

Until the new lower rate was introduced, VMBS had a top rate of 11.99 per cent, which was paid by people who did not save with the building society. The rate for savers was 10.49 per cent.

Richard Powell, VMBS group chief executive officer, sought to pitch the rate cuts, and a raft of sweeteners, as part of a move by the institution to give back to its members and other customers as part of Jamaica's celebration this year of a half-century of political Independence.

"Victoria Mutual sees this as an excellent way to provide value to persons seeking to acquire residential properties during this milestone period of our nation's 50th year of Independence," Powell said in a statement.

"The move is indicative of our sustained commitment to meet and respond to the needs of our members," he said.

However, Jamaica residential mortgage market has been hit hard over the past four years as domestic recession, exacerbated by the global financial crisis and slow economic recovery, hampered borrowing for homeownership.

Additionally, the big traditional players in the market, JN and VMBS, with residential loan portfolios of $39 billion and $26 billion, respectively, are likely to have been spooked by a signal of an aggressive return to mortgage lending by NCB. In recent years, NCB has been relatively languid in this end of the financial market.

The other two, smaller players in the market, Scotia Jamaica Building Society and FirstCaribbean Inter-national Building Society, with portfolios of $10.8 billion and $8 billion, respectively, are as yet to respond to the jostling.

But in Monday's package, VMBS not only lowered rates, but offered potential customers benefits such as no processing or commitment fees and a 50 per cent discount on valuations done by subsidiary Victoria Mutual Property Services.

As an incentive to those who take up its mortgages, JN had offered a $50,000 contribution towards the closing costs and a one-year free membership with the Jamaica Automobile Association, a member of the JN Group which provides roadside assistance and safety advice to road users across the island.