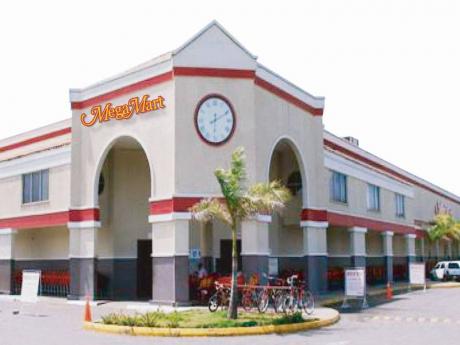 Gassan Azan, chairman and chief executive officer of MegaMart Wholesale Club, has secured $1.2 billion through a special lease financing arrangement secured by Scotia Investments for the construction of its fourth store in Bloomfield, Mandeville, Manchester.

Construction of the store is slated to be completed over the next 11 months and will provide direct employment for more than 200 residents of the town and neighbouring communities, as well as indirect employment given that it will depend on farmers and other producers to supply some of the goods and services.

Plans have been in train for the construction of the store since last year, but sourcing the financing caused a delay in the project.

Azan said financing arrangements for the project was secured by Scotia Investments through its Capital Markets Unit, which used a build-own-lease (BOL) structure to raise the funds.

This type of structure was used to raise the entire sum required in equity financing from investors to construct the property according to MegaMart's specification, the company said in a statement following the announcement at a press conference at the Terra Nova Hotel in St Andrew yesterday.

Under the arrangement, after construction, MegaMart will lease the property for 20 years and have the option to renew the lease every five years thereafter.

The BOL financing structure offers attractive benefits to both MegaMart and the investors, the statement said. The company said it accesses long-term financing, which it might not have been possible to secure in the debt market and is able, therefore, to allocate its cash resources to core business instead of tying them up in real estate. At the same time, it allows the company to widen its funding base to include new investors and is able to reduce the use of leverage.

Essentially, the bank will use the funds raised to construct the building, a similar structure to the other MegaMart stores which comprise a food court, bakery and pharmacy.

According to Bruce Bowen, chief executive officer of Scotia Group Jamaica, "The opportunities provided in this deal cannot be overstated. Our client MegaMart is now in a position to move its business forward through this innovative approach to financing and we have also given investors the opportunity to be a part of one of Jamaica's strongest retail brands."

Azan said "this is a win-win financing solution for both MegaMart and the investors, which was only possible because of the public trust built by MegaMart over the last 12 years."

Contacted, Azan declined to disclose the rate for the lease, but said it would be in keeping with the rates for the other stores.

Azan said the new store is expected to have more parking spaces at the Mandeville location where it will be sited on an 80,000 square feet property.

MegaMart, a warehouse shopping club, has been in operation since 2000.

For its three stores Azan said transactions total about 300,000 monthly, with another 100,000 expected to be added at the Mandeville location.

MegaMart competes with supermarket chains such as Hi-Lo, PriceSmart among others.