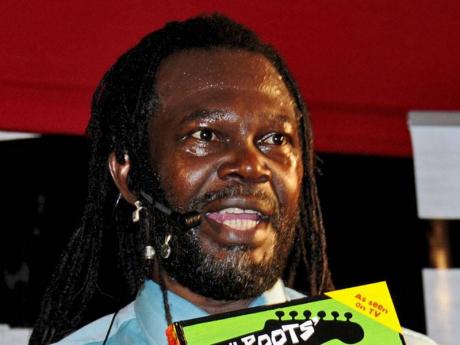 The Reggae Reggae-branded products of Jamaica-born businessman and entertainer, Levi Roots, has earned £2.5 million (J$334 million) in the first nine months of its distribution in the United Kingdom.

It signals increased wealth for Roots, a self-made millionaire.

"Whilst Vimto remains our key brand, we are also continuing the strategy of broadening our portfolio and in April 2011 launched the Levi Roots range of Caribbean drinks, which added an incremental £2.5 million sales in its first nine months of trading," stated Nichols in its financials.

Nichols posted a £13.3 million net profit for 2011 compared with a loss in the prior year.

Last year, Roots signed a licensing arrangement with Nichols in the UK to manufacture the Reggae Reggae line of beverages. Roots' products were launched in Jamaica on November 1 last year. He signed with local distributor Outrigger and partnered with the Progressive Group's supermarket chains to sell his sauces in Jamaica.

While in Jamaica last year, Roots told the media that his Reggae Reggae sauce and drinks company was valued at £30 million (J$4.15b).

He plans to launch the product in Canada and the United States this year. Roots' products include jerk sauces, ginger beer and other Jamaica-inspired foods.

The musician/entrepreneur's success started less than five years ago.

In January 2007, Roots was invited on to the BBC show 'Dragons' Den', where he sang about the virtues of his Reggae Reggae sauce. It gained him valuable exposure and allowed him access to venture capital from millionaire Peter Jones.

Roots holds a 40 per cent stake in his business, which started with an initial investment of £50,000. Jones helped to get the sauce listed by Sainsbury's supermarket. The Reggae Reggae products include sauces, fresh and frozen foods, and juices.