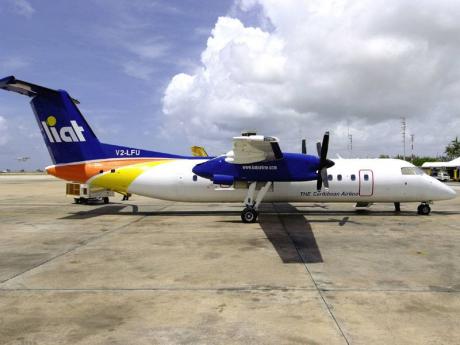 The Antigua and Barbuda government is calling for a level playing field for all airlines operating within the Caribbean as the Barbados-based low-cost carrier REDjet continues the suspension of its operations.

Civil Aviation Minister John Maginley told the Caribbean Media Corporation (CMC) that the announcement by REDjet that it was suspending its services from last weekend due to a number of reasons, including financial problems, came as a surprise.

"I thought they had a little bit more legs ... . It is disappointing because REDjet is a Caribbean airline owned by Barbadians and some Irish people, and it offered another opportunity for Caribbean people to travel," he said.

He said that while he would not "pretend" to be happy over the situation confronting REDjet because it would allow for the Antigua-based regional airline LIAT to do "more work, it is certainly uneconomical to fly in and out of the Caribbean".

"Every time the plane takes off and lands, there is the maintenance cycle and then you have the high cost of fuel ... . So unless they charge huge fees, it makes it very uneconomical and non-profitable," Maginley told CMC.

Maginley said that while he welcomed all types of competition for LIAT, which he insists does not and never had a monopoly on Caribbean routes, the unfair subsidy given to the Trinidad-based Caribbean Airlines is making it difficult for other airlines to compete on a level playing field.

"That is what Winston Dookeran, the minister of finance in Trinidad, has said. It is not John Maginley or the prime minister of St Vincent (Dr Ralph Gonsalves) saying that; that is what the Trinidad government is saying. So we need to have a fair and balanced operating level playing field for all the airlines to operate," he told CMC.

Maginley said that LIAT, which is owned by the governments of Barbados, St Vincent and the Grenadines, and Antigua and Barbuda, does not receive a subsidy from these governments, even though everyone is aware of the vital role the airline plays in keeping the region connected.

Maginley said he was unaware that REDjet had written to any Caribbean government seeking assistance in keeping the airline operational.

He said while it would be a business decision, he believes that REDjet would have to make a compelling case to get regional governments' assistance.