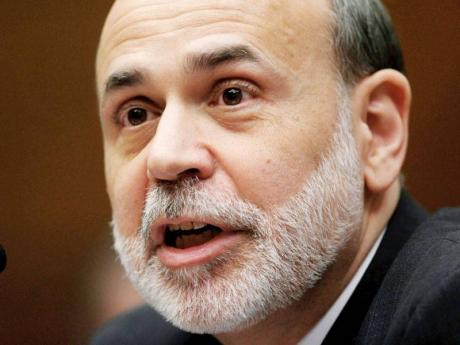 In testimony prepared for a congressional hearing today, Bernanke noted developments that have minimised the danger. He pointed to bailout support that European leaders provided in exchange for deep budget cuts by the Greek government and he highlighted the agreement by private creditors to reduce Greece's debt.

But he said Europe must take further steps, including strengthening its banking system still more and making "a significant expansion of financial backstops" to guard against troubles in one country spilling over to other nations.

"Europe's financial and economic situation remains difficult, and it is critical that the European leaders follow through on their policy commitments to ensure a lasting stabilisation," Bernanke said in remarks prepared for the House Committee on Oversight and Government Reform.

While US financial institutions have reduced their exposure to Europe, Bernanke said roughly 35 per cent of assets in US prime money market funds are European holdings.

"US financial firms and money market funds have had time to adjust their exposures and hedge their risks to some degree ... but the risks of contagion remain a concern both for these institutions and their supervisors and regulators," Bernanke said.

Bernanke said that if Europe took a severe turn for the worse, the US financial sector would have to contend not only with problems stemming from its direct exposure to European loans and investments but also with broader market movements, including declines in global stock prices, increased credit costs and reduced availability of funding.

To address those broader risks, Bernanke noted, the Fed conducted a stress test of 19 of the largest US financial institutions. Those tests, results of which were released last week, found that all but four of the 19 were strong enough to sustain a major economic downturn worse than the 2007-2009 Great Recession.

Bernanke said in his testimony that those results showed that a "significant majority" of the largest US banks would have adequate capital to withstand large loan losses from an extremely adverse situation. He said the tests were designed to capture both direct and indirect exposures of US banks "to the economic and financial stresses that might arise from a severe crisis in Europe."

Bernanke and Treasury Secretary Timothy Geithner are both scheduled to appear before the House panel today.

In his prepared testimony, Geithner said the Obama administration was encouraged by the steps that Europe has taken to address the debt crisis.

"We hope European leaders will build on that progress with additional actions to calm the financial tensions that have been so damaging to global economic growth," Geithner said.