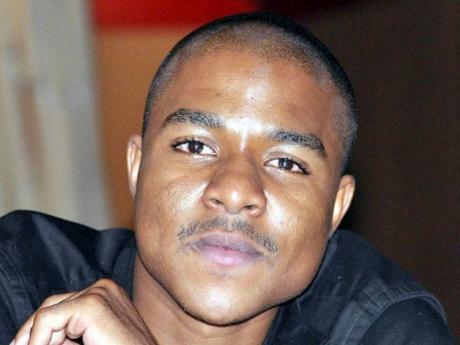 It was September 1999 - the start of my third year of university. After two years living in cramped dorms with a collection of random degenerates, it was time to move to a four-bedroom apartment with a group of not-so-random degenerates. New school year; new place; new money for books and other academic tools; naturally, I did what any self-respecting 19-year-old scholar would have done - I threw a party.

I invited friends from near and far to join the revelry, including my cousin. I advised him to arrive early so as not to miss the preliminary festivities. He agreed.

The gathering commenced; the night progressed, but my cousin was nowhere to be found. Had this been today, I would have simply called his cellphone or sent a BlackBerry message. But those were different times, before mobile phones were as ubiquitous as the rodents at Calabar and Gordon House.

As late night morphed into early morning, it dawned on me that my cousin had obviously dismissed his younger cousin's fête in favour of more important pursuits. But moments later, I received the chilling phone call that explained his absence.

Thousands of miles away, on a cool pavement in the red-hot Kingston streets, another cousin - his older brother - lay dead in a pool of blood, the target of a gunman's bullet. My gregarious, fun-loving cousin - who amazed me by habitually devouring six large dumplings in a single sitting and who, while playing football, would relentlessly bounce me into bushes while shouting "bigger body" if I was too slight on the ball - had become a statistic - one of 849 murdered in 1999. They murdered him just as they had murdered so many others.

In 1981, the year after I was born, they took 490 Jamaican lives. By 2009 - a record year of bloodletting - they killed nearly 1,700. We breathed an irrational sigh of relief when, in 2011, they 'only' slaughtered 1,125 of our compatriots. In 2012, they resumed the unbridled assault on law and order, killing brazenly and relentlessly.

These horrific transgressions are persistently on the lips of shell-shocked Jamaicans: "Did you hear? They killed Johnny last night." "They killed five people over so." "They shot Miss Mavis and her daughter this morning."

This is a national crisis. They must be captured. They must be condemned. Some feel they should be hanged. All agree they must be brought to justice. But we've failed to answer one critical question: who are 'they'?

The problem-solving cycle is a research methodology by which a solution to a problem is achieved through an iterative process. The first step of that process is to identify the problem. This seemingly straightforward step routinely proves perplexing. We should know. For all our anti-crime plans and contracted experts, we've failed to satisfy that initial step of defining the shadowy threat that has slain so many of our people. How will we arrest our murder problem if we don't even understand the cold, depraved soul that serves as its driving force?

Understanding the psyche of a murderer is not some academic or liberal, bleeding-heart endeavour. It is the absolute, most important element in producing sustainable solutions to this, our most vexing national issue. Our existence as a peaceful, law-abiding and just society rides on the truths that we uncover and how we choose to address those truths.

Who are the killers we indistinctly label 'they' - not their curious nicknames or hardened faces; but who are they really? Why do they have such scant regard for human life? And why have they made Jamaica, a country not nearly the world's poorest, into one that is nearly the world's most homicidal?

In seeking to identify who 'they' are, we may uncover some uncomfortable realities about who we are. As we assess these, our brothers', fathers', mothers' and cousins' killers, we may learn that they are us - not aliens descended from some distant, ferocious planet, but Jamaicans, born and bred in our broken, rotting, materialistic, unjust, unequal society. To put a stop to what they are doing to us, we may need to confront what we have long been doing to ourselves.

Next week I'll explore extrajudicial killings: when 'they' are killed by police.