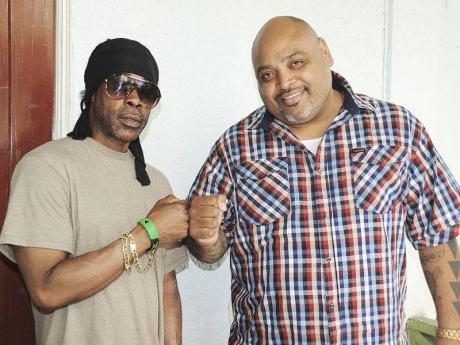 With an all-star cast on the Sold Out album, international reggae band Bonafide is hoping that their play on words will translate into worldwide record sales for their latest musical effort.

The band did not want to miss an opportunity to tantalise music lovers and made sure it solicited some of reggae and dancehall's biggest names to be on their debut album.

Damian 'Junior Gong' Marley is among the stellar acts listed as a collaborator on the Sold Out album with the song Start and Stop. According to Bonafide's lead man, Junior Rootz, working with Junior Gong was an extraordinary experience the group will always cherish.

"With Gong's international presence in reggae, his humility is amazing. He is one of the best and down-to-earth musicians we have ever worked with. The song Start and Stop he and I wrote it in one night because he did not want to leave for his other musical engagements and not be able to finish it, and we respect his commitment to our project," said Junior Rootz.

The band, with an all-Jamaica-born crew, is originally from Montego Bay but is now based in Las Vegas in the United States where it commands a huge fan base.

Though incarcerated, dancehall entertainer Vybz Kartel made his mark on the band's album through his effort Leaving Come the Morning. The single was released in November last year and maintained a top spot on local and international charts for weeks.

"Musically, Kartel is one of the best dancehall acts, and when we asked him to be on our album at the time, he never hesitated. Despite the circumstances he is faced with now, one cannot deny that he has changed the music landscape in Jamaica and the reggae track he collaborated on is an indication of his musical diversity," Bonafide's lead man continued.

International dancehall act Sean Paul lent his support to the album, along with Busy Signal, Etana and Hawaiian supestar Fiji.

Bonafide's album launch will be on March 28 at the Terra Nova All Suite Hotel in St Andrew, and on Saturday March 31 at Pier 1, Montego Bay.

Following the double-venue launch the group heads back to Las Vegas to continue promoting the album.