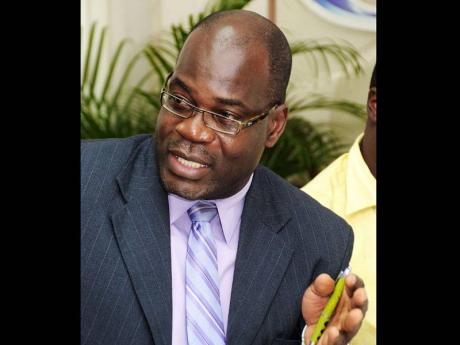 A St Andrew businesswoman who was kidnapped and held hostage for two terrifying days while her captors demanded a $5 million ransom from relatives, was yesterday rescued by the police in a daring early morning operation.

Senior Superintendent Fitz Bailey, who heads the Organised Crime Investigation Division (OCID), confirmed that the 51-year-old woman, whose name is being withheld, was found in a cemetery in Stony Hill, even as one of her relatives was en route to deliver the money.

"A ransom of $5 million was initially demanded, but no money was paid," Bailey told The Gleaner yesterday, as he touted the 100 per cent success rate of the Jamaica Constabulary Force's elite anti-kidnapping unit.

The OCID head would not reveal whether any suspects were taken into custody, but said the investigations were continuing and the police were following "very strong" leads.

According to Bailey, the woman had just left a hairdressing salon in the Liguanea Post Mall, in St Andrew, and was about to get into her BMW X6 sport utility vehicle when she was approached by a man who had emerged from a motor car that was parked next to her vehicle.

The man reportedly identified himself as a police officer and informed her that she would be taken to the police station because her brother was involved in the illegal drug trade.

When she resisted, Bailey said the man used an "implement" to shock her on her arm before a second man emerged from the motor car and forced her into the vehicle.

The OCID head said the woman was driven to the Stony Hill area and shortly after, the kidnappers called her relatives and made their demand.

"Someone close to the hostage (woman) was called and the ransom demanded and they insisted that they would not take a dollar less than the $5 million," Bailey disclosed.

He declined to discuss how the woman was located, but said the operation was conducted by a joint team from the Firearm Tactical Unit, Mobile Reserve and OCID.

Despite this latest incident, Bailey said the police are not seeing an increase in kidnappings.

In fact, he said kidnappings have been on the decline since the police dismantled a major criminal network that was behind a string of them in Clarendon, Manchester and other parishes.

However, Bailey said the police were seeing an increase in "hoax kidnapping".

"Where family members want to extract money from other family members, they will say they have been kidnapped. But when you do the investigation, you realise that it is not a kidnapping," he said.

He said several persons involved in this practice have been charged with creating public mischief.