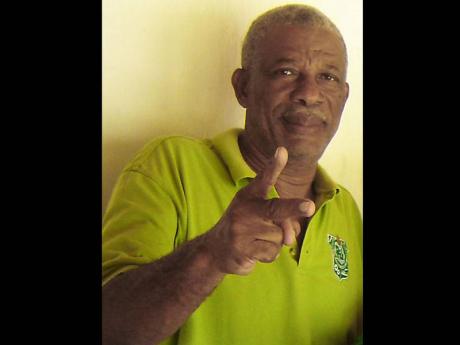 SIXTY-THREE-YEAR-OLD HAROLD Henry holds the enviable record of being the longest-serving member of the political directorate at the St James Parish Council.

Henry, affectionately known by both young and old as 'Big Daddy', has been the Jamaica Labour Party (JLP) standard bearer for the Rose Hall division in the constituency of East Central St James since 1990.

"I was asked by the people to represent them in the local government elections and the rest is history," he said of his entry in the political arena.

It was a bittersweet victory as he was the only JLP representative at the parish council until 1998 when he was joined by colleague Heroy Clarke, the sitting three-term councillor for the Rose Heights division. There was also near disappointment for Henry as well when he could only stave off a challenge from then PNP candidate, Dr Doris Channer-Watson, by one vote.

But for this politician, putting the people first and maintaining a down-to-earth persona are keys to his winning formula.

"I know my constituents by name and being a justice of the peace is also a plus for me," the JLP councillor shared. "The greatest reward is when you can help empower."

Henry has called St James home since 1968 after relocating from his home parish of Clarendon, and has also been a Bustamante Industrial Trade Union officer since 1972. He now resides in the community of Barrett Town, also found in the Rose Hall division, and has three children - two boys and a girl.

Despite suffering a pinch nerve to the hips five years ago, which has left him with a limp, Henry is determined to continue his representation for his constituents, as long as they support him. He listed the construction of community centres in Content and Barrett Town, road rehabilitation, general welfare programme and assisting to find employment for residents among his major achievements.

As to his chances in the March 26 local government elections: "I am 99 per cent confident of retaining my seat for the Jamaica Labour Party."