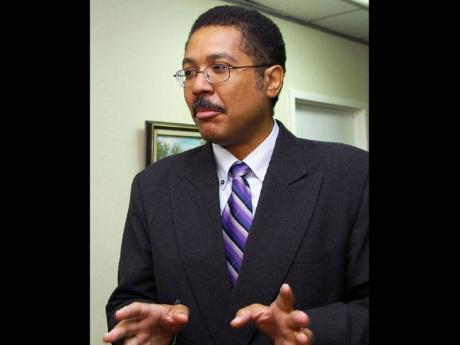 Last week Friday, in the finals of the competition, Norman Manley won against the University of Versailles, France. Other teams in the international competition included competitors from the USA, Sweden, India, Poland, and Germany, among others.

"The Norman Manley Law School team has reaped the rewards of their dedication and commitment. This team of outstanding Caribbean students have seized the opportunity provided by international exposure, and have brought us honour and distinction. Their performance is another sign of our high standards in legal education. Remember, too, that the Norman Manley Law School won the World Human Rights Moot Court Competition in Pretoria, South Africa, earlier in this academic year."

The Frankfurt International Investment Moot is an international mooting competition focusing on investment protection in which students present their arguments orally before tribunals of arbitration composed of investment treaty specialists. The finals of this year's competition were held at the Frankfurt Chamber of Commerce and Industry, with earlier rounds at the University of Frankfurt.

In addition to taking the prize for Best Team, the Norman Manley Law School also took awards for the Best non-OECD Team and Best Latin American and Caribbean Team. For their main prize, the students have been awarded scholarships to undertake a three-week placement at the prestigious Hague Academy of International Law, the Netherlands.