The new piece of Jamaica that flies 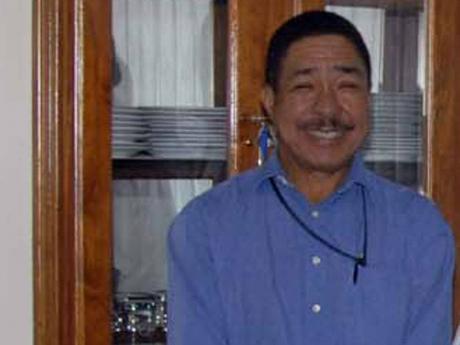 THE COUNTRY'S newest carrier, FlyJamaica, is now sitting on the ramp at the Norman Manley International Airport, Kingston, after several months at the Fort Lauderdale airport in Florida.

The airline's 757-200 Boeing aircraft, which has the capacity to accommodate approximately 200 passengers, was ferried into the island Saturday afternoon to undergo document and demonstration evaluation, the Jamaica Civil Aviation Authority (JCAA) has confirmed.

FlyJamaica's principals are Guyanese, but the company is majority owned and controlled by Jamaicans, and the carrier is expected to commence service as early as April.

"We are in the document evaluation stages, the flight crew and cabin crew are completing their training, and the next stage will include a demonstration flight by the carrier, a standard procedure for all new start up carriers," JCAA's director of flight operations, Nari William-Singh, told The Gleaner.

Revealing that the airline's application was far advanced, having completed Best Practices, William-Singh said all that is outstanding needs to be completed before the JCAA can issue an air operator certificate.

There is also a process that FlyJamaica needs to complete with the FAA, before they can begin operation. However, William-Singh did not go into details, except to say that the two entities worked closely in this process.

The Gleaner understands that captain Lloyd Tai, former senior captain of Air Jamaica, has been retained as a consultant during the certification stages, while Christene Steele, also of the former national carrier, has been named to the team.

FlyJamaica will operate between Kingston and Georgetown, Guyana, New York's JFK and Toronto, Canada, when it does commence operation, and is being viewed by many in the industry as another airline aimed at filling the void left from the demise of Air Jamaica.

The airline is expected to give Caribbean Airlines (CAL) competition on the Jamaican and Guyanese route.

FlyJamaica is entering the market at a time when airlines such as REDjet, the Caribbean's first low-cost carrier, just announced indefinite suspension of its flights, claiming its inability to compete with airlines in the region that are subsidised by governments.

It is also coming in when the Trinidadian-based carrier, CAL, has made further cuts, after announcing a week ago that it would outsource its customer service areas, costing several jobs at both the Sangster International and Norman Manley International airports.

On Saturday, The Gleaner learnt that sandwiches will be a thing of the past on all Air Jamaica flights, and passengers will now have to resort to light snacks.