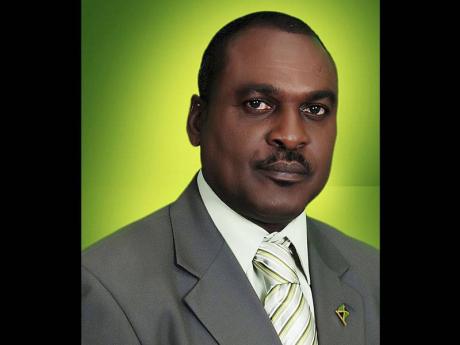 In light of this, the Bog Walk native, who will contest the March 26 local government elections against the People's National Party's (PNP) Faye Headley, indicated that he had already begun to engage critical players.

He also signalled his intention to seek to implement a participatory development approach should he be elected to serve the division, one of four in the North Central St Catherine constituency.

Noting that there are too many jobless graduates with more than five Caribbean Secondary Education Certificate passes, the businessman said companies in his area should endeavour to employ more residents.

"I believe businesses should play a greater role in the Bog Walk division by employing more people from the area, and that would enhance more lives. When I see young people on the corner, persons telling me that they have seven subjects, 11 subjects and no jobs, that is sad," he lamented.

As part of his plans to enhance education, the ex-policeman said if given the nod, he would establish homework centres and other learning facilities.

"We have some teachers on my team and they are willing to set up some homework centres to help the young people in the area. There are a number of idle facilities that can be utilised. There is a centre in Princess Field, one in West Prospect, and we are also looking at some schools that can be used to set up these centres," he said.

Abrahams replaced Dr Raymoth Notice, who will be vying to take the Above Rocks division from sitting councillor, the PNP's Judith Marriott.

"We have done our groundwork, we are also doing our house-to-house campaign, we've identified our Labourites, grouped our Labourites and we are keeping them together. Once we can do that and get them out on election day, the rest is history," Abrahams told The Gleaner recently.

He disclosed that even before he decided to enter representational politics, he has always helped the poor.

He also indicated that he would embark on infrastructural development, in addition to ensuring that critical drains are maintained to decrease flooding which may result in dislocation of several families, particularly during the hurricane season.