Agro-processing is the order of the day -Clarke 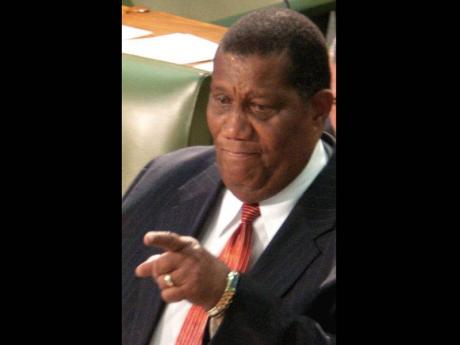 In a recent address to stakeholders at the launch of the rainwater-harvesting programme spearheaded by the National Irrigation Commission, Minister of Agriculture and Fisheries Roger Clarke urged people to increase food production. He said in order to solve the current unemployment problem, the country needs to increase production. He cautioned that, "We are not going to get ourselves out of this predicament by borrowing."

Clarke said his ministry was still dedicated to the 'eat what you grow' campaign.

He lamented the fact that the country continues to spend scarce foreign exchange on the importation of agricultural produce. Clarke pointed out the fallout of production in a number of crops, such as coffee, ginger and sugar, which have seen excellent yields in past times. He said he was advocating for increased production of fruits and vegetables that will supply internal demands.

"Moving from sample to serious production" was another way in which the minister suggested the agricultural industry could be revived. He applauded the creativity of people who usually display a variety of products at agricultural trade shows. However, he emphasised the need to transform the products commercially. This is because "agro-processing is the order of the day."

As a country, he said Jamaica should not be confined to being "primary producers" but should instead seek to invest more in agro-processing.

He called for stakeholders within the agricultural sector to make agriculture attractive to young people. He said that many young people were rejecting agriculture as a career path because they witnessed the struggles that their parents encountered; especially the limited financial benefits.

Clarke emphasised: "We must find a way to make young people understand that there is money in agriculture."

He said that many young people were willing to venture into illegal ganja production because of the potential financial benefits to be earned. Even if the police made an initial confiscation of the product, people did not hesitate to continue cultivation.

Regarding the rainwater-harvesting project, the minister said he wanted "whole heap a dis fi happen". Clarke told the audience, "This is one area that we are going to use to lift agriculture as we must find a way to make water cheaper for the farmers."