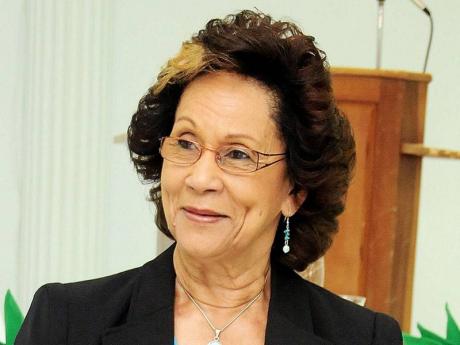 Marigold Harding, custos of St Andrew, has advised the public about the pitfalls of soliciting from a justice of the peace (JP) they are not familiar with.

"If you go to a random JP requesting them to sign something, they should not do this because they do not know you," she said.

"They should not accept payment for doing it either. There have been cases where reports have been given about JPs accepting money, but nobody has ever come forward or is willing to say, 'I gave them the money', considering they are just as guilty," Harding added.

Her words followed a notice from the permanent secretary in the Ministry of Justice stating that a seal issued under the Justice of the Peace (Official Seals) Act, bearing the identification number S00466, had been stolen.

When a seal is stolen, misplaced or cannot be found, a statement with the conditions under which they think it was stolen, last time used, and seal number must be reported to the police and the custos by the justice of the peace.

The ministry immediately revokes that seal after receiving the report from the custos. The seal will be replaced with a different number and the missing one deemed invalid. The process to replace the seal can take up to six weeks, however, during which a JP cannot be of assistance to the public.