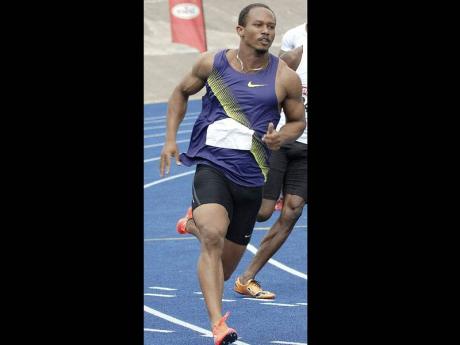 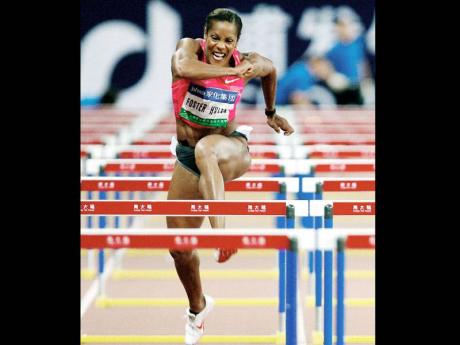 World champion Brigitte Foster-Hylton and her MVP teammate, Olympic relay gold medallist Michael Frater, have become the centrepieces of 361 Degrees advertisements being aired on Chinese television, as the sportswear company ramps up its ad campaigns on the Chinese mainland ahead of the London Summer Games.

The Jamaican stars were among five athletes from the island signed by the sportswear company - the third-largest sports and apparel company in China - with more than 7,000 retail outlets and several mega stores across mainland China.

The company sets itself apart with its forward-thinking designs, attention to detail and brand strategy which has seen it gain ground in China towards being number one domestically. It is represented in Jamaica and the region by its agent, VAST Inc.

The television ads are being supported by a massive print ad campaign, making the two Jamaican veterans rivals in popularity to some of China's most famous track stars.

"The print and TV campaigns for Brigitte and Michael are the most expansive campaigns ever done for Jamaican athletes in China," says Ajani Williams who, along with Benedikt von Dohnayi, are VAST Inc's 361 exclusive agents. "Not only are their images in stores across China, but their commercials have been in heavy rotation on CCTV 5, so much so that Liu Xiang (China's Olympic champion hurdler) told Michael Frater that he saw him on his TV in China."

Williams adds that 361 has put a lot behind its Jamaican athlete strategy not just for their own benefit but with the intention of making the athletes household names and therefore keeping the memory of Jamaica and its successful and powerful brand at the forefront of Chinese minds.

Jamaica made a significant impact at the 29th Olympiad that was hosted by Beijing, China, in 2008. The island experienced its most successful campaign ever at the Olympic Games, winning 11 medals, including six gold, setting three world records and one Olympic record. China won 51 gold medals at the Games, the most ever, but had it won at the rate at which Jamaica won gold, the country would have won 2,889 gold medals; so impressive was the Jamaican performance.