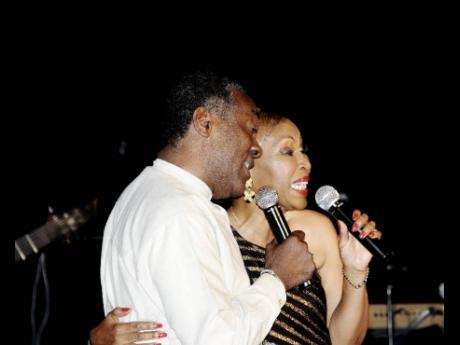 Simply Myrna, held at the Courtleigh Auditorium earlier this month, included a twist worthy of mention.

Watching the performances, sponsored in part by The Gleaner Company Ltd, was Howard Cooper.

After Myrna Hague, the show's headliner, presented Dobby Dobson with roses for his performance (Dobson was performing in Jamaica for the first time in many years), she became the recipient of similar treatment.

Cooper, the husband of The Gleaner's business development and marketing manager, Karin Cooper, came to the stage and presented Hague with a rose.

What happened next cannot be forgotten by those who made it out to see Simply Myrna. Mr Cooper joined Hague onstage and the two proceeded to give the audience a performance from the song When I Fall In Love.

Hague was obviously taken by surprise.