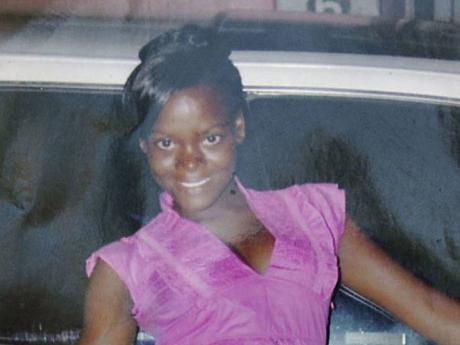 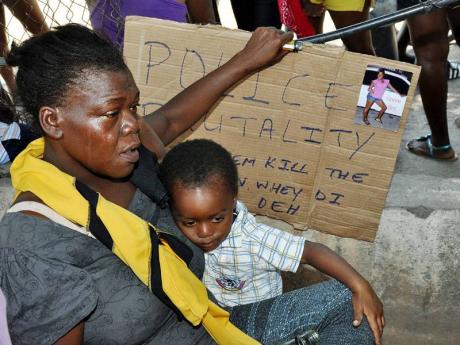 "Woe be unto the one who fire the shot and kill my daughter! God nah sleep, and God is a good God! Please God, please, don't mek mi daughter death go in vain!" wailed 40-year-old Veronica Nelson.

She doubled over in pain and anguish with a bottle of liquor in one hand and a cigarette in the other in the front yard of her home on Ninth Street in Greenwich Farm, Kingston 13.

Despite needing both to steady her nerves, her hands were still shaking, the tears were endless, and her voice hoarse from hours of loud wailing.

Her daughter, 16-year-old Vanessa Kirkland, who was very close to her, was shot dead reportedly by policemen on Tuesday night.

Reports are that about 9 p.m., Vanessa and five other people were travelling in a Suzuki Swift motor car when, on reaching the birthday party they were to attend on Norman Road, they were approached by a team of police officers.

Residents in the area said explosions were heard shortly after.

The Immaculate Conception High School student reportedly died on the spot, while the other occupants, including a 14-year-old, were admitted at the Kingston Public Hospital with serious to mild injuries.

Yesterday morning, residents of the area took to the streets in protest, bearing placards and blocking the road. They demanded justice, claiming police brutality and murder must end, as a heavy police detachment stood guard.

A photograph of a smiling Vanessa was glued to a placard that read, "Police brutality! When dem kill the children whey di future deh."

There was no consoling her, no matter how hard family and friends tried.

Vanessa, who was the third of nine children for Nelson, lived with her grandmother on South Avenue, Kingston 13.

Everyone remembered her as a bright, sweet, happy teen, who was a joy to be around. She talked often about wanting to be a pilot or a nurse.

Over by Immaculate Conception High, Vanessa's classmates and teachers were in mourning at the sudden loss of a promising young life.

Trying her best to come to grips with the news, while trying to console the broken hearts of her students, principal Brigette Pinto told The Gleaner: "She was like any normal teenager planning for her future. It is just really tragic for something like this to happen. We are just trying to deal with it right now."

The 11th-grade student was preparing to sit eight subjects in the Caribbean Secondary Education Certificate examinations.

In the meantime, the preliminary police report sent to the media yesterday did not clarify what led to the shooting.

According to the report, the shooting took place after several people were robbed in Portmore, St Catherine, and the robbers made their escape to Kingston.

However, it was unclear what happened between the time of the robbery and the shooting.

The report only stated that following the shooting, it was discovered that seven people were in the vehicle -

It also stated that a Taurus .38 revolver with three live rounds and several spent shells were seized, and that "persons robbed in Portmore have subsequently identified the motor car used by the robbers and several of the items that were stolen from them, including BlackBerry telephones".

When The Gleaner sought clarification, the Constabulary Communication Network said investigations were ongoing.

The police are requesting people with information on the incident to share what they know with INDECOM and BSI investigators.